On the eve of the Australian Open tennis tournament, it became evident that some of the tennis players vaccinated with two doses of Sputnik vaccine, from the Russian manufacturer Gamaleya Research Institute, will not be able to participate in the tournament, because this vaccine is not approved in Australia, writes Truthmeter.mk

Meta.mk republishes this fact-checking article in its entirety below:

Russian tennis player Natalia Vikhlyantseva announced on Twitter that she is canceling her participation because the two doses of the Russian Sputnik vaccine that she received are not approved.

For now, Pfizer, Astra Zeneca, Moderna and Johnson vaccines are approved in Australia, but travel is also allowed with two received doses from Sinovac and Sinopharm.

What is the problem, why does Sputnik have difficulty being approved in the West?

The problem is not just in Australia. Both the European Medicines Agency (EMA) and the World Health Organization (WHO) have not yet approved the Sputnik V vaccine. The Russian manufacturer of Sputnik V was to submit all the latest information from its clinical trials to the WHO by the end of December. The WHO expected this information to include the locations of the production facilities so that they can be inspected by the end of February 2022. Moscow rushed to approve its vaccine for the domestic population and was exported to many countries around the world, but has not yet been certified by either the WHO or EMA.

When the Gamaleya Institute from Russia submits all the documents and the entire application, which consists of two parts, the WHO will start reviewing it, said Rogerio Gaspar, director of the WHO at a briefing in Geneva in late December 2021.

The Russians also acknowledge that they have a different understanding of vaccine production standards than those of the WHO and that they have initially failed to meet the requirements. After the prestigious medical journal The Lancet reported that the Sputnik V vaccine has an efficacy of 91.6 percent, many countries started using this vaccine at their own risk, and this has been going on for a year, a period in which the vaccine has not yet been authorized by international regulators and national drug regulatory agencies in many countries.

“We have not yet provided some of the information that should be provided because we had a different understanding,” said Dmitry Peskov, a Kremlin spokesperson.

In September, a WHO official, Jarbas Barbosa at a conference told that the Sputnik V production process did not meet the required standards and that a Sputnik application was awaiting WHO authorization.

While inspecting one of the plants where the vaccine is manufactured, they found that this plant was not in agreement with the new best practices of manufacturing. The producer [of the vaccine] needs to take this into account and make the necessary changes and be ready for a new inspection, said Barbosa.

The earliest date the WHO will inspect the factories where Sputnik V is produced is February 2022, if the company submits all the necessary documents. The European regulator EMA will also need at least until the first quarter of 2022 to approve Sputnik V. An unnamed source told Reuters that the documentation submitted by the Russian manufacturer to EMA lacked data.

The post of the Russian tennis player Viklyantseva was interpreted by some as agreeing with the standards for acceptable vaccination, which Australia has, and others as politicization and selling patriotism. The Russian tennis player’s tweet, although popular on Twitter, did not receive widespread international attention until the case of Novak Djokovič came to light, who was stripped of his Australian visa by the local authorities and whose case is expected to be resolved by the Australian courts. But, after this case, Vikhlyantseva’s tweet received wide attention in the world, but also to some extent in our country. Reactions below her tweet are divided. There are those who think that the problem is the fact that Sputnik V does not have international verification, but a number of reactions are put on the side of the athlete, asking her and all other tennis players to be allowed to participate regardless of their vaccination status. There are a large number of those who think that in this tweet the international geopolitics got involved and that it was posted for such reasons. The question arises as to whether Russian athletes vaccinated with Sputnik V will not participate in sports competitions organized in Western countries (which have generally not yet approved the Russian vaccine), exposing themselves and their teams to financial losses.

So far, 73 countries have accepted the vaccination certificate issued for two doses of the Sputnik V vaccine. However, the list does not include most countries in Western Europe, the United States and Canada, as well as a number of other countries around the world. Every traveler should check the rules in the country where they intend to travel.

Finally, it should be noted that Vikhlyantseva could easily be vaccinated with a third booster dose of vaccine from brands verified in Western countries, for example with the Johnson vaccine, which is administered through a single dose (unlike other Covid vaccines, for which two doses are required for a person to be considered fully vaccinated) and thus be able to participate in the Australian Open. 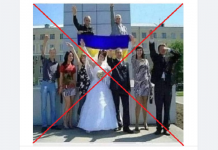