Meta.mk
Main Section Toxic lindane in Pelenica gets wire fence, but with no signs, warnings... 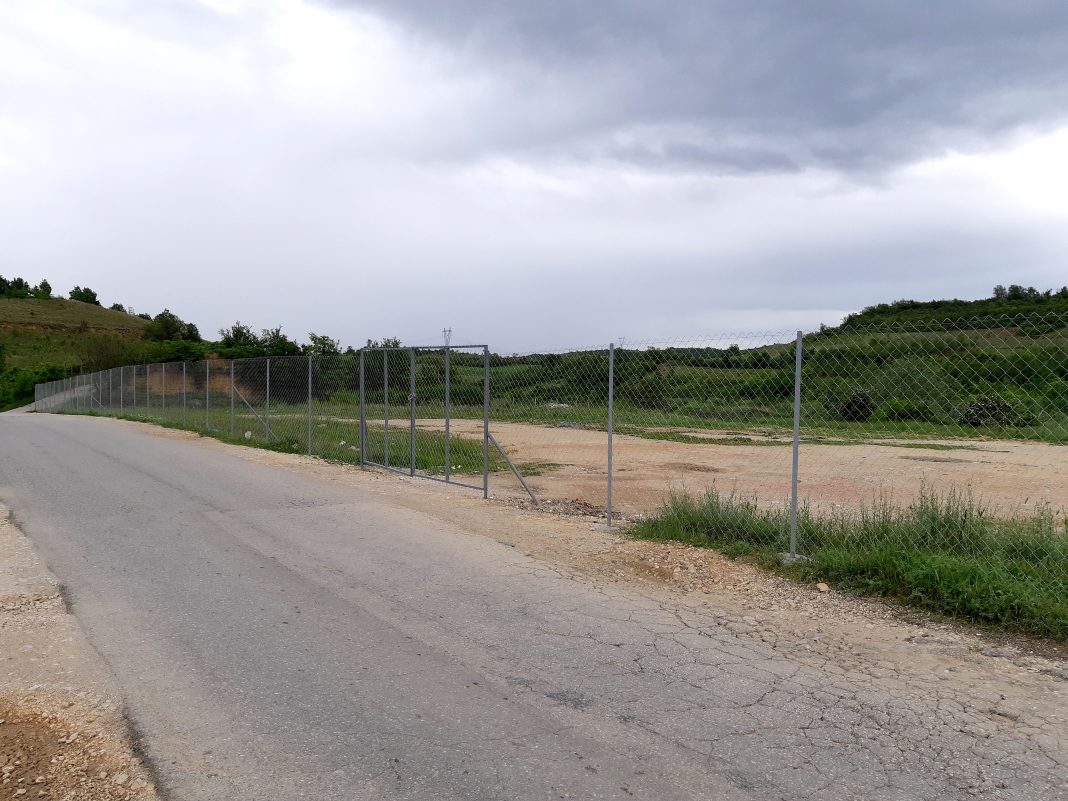 The lindane landfill located in the Pelenica area near the Skopje settlement Dracevo has been fenced off. After confirmation from the Ministry of Environment, our crew visited the site and there we really came across a fence, but it was a plain wire fence, with a wire door and padlock, without any signs, warnings and cautions.

After more than three decades, the area where it is assumed that nearly 8,000 tons of the dangerous pesticide lindane lie buried, is now off limits to people and animals. According to eyewitness accounts, at the location near the Drachevo monastery Pelenica, on the road to the villages Dolno and Gorno Kolichani, Lindane was deposited in the 1970s by the manufacturer, the Skopje factory OHIS, after its production and use was banned.

For the time being, the state has not envisage a budget, nor has it decided how to deal with the problem, which is otherwise the third location where the hazardous chemical was deposited.

“It was essential that the site be cordoned off to prevent movement in its vicinity, but it is still necessary to find funds in the budget to carry out extensive analysis and to determine the concentration of the lindane, and exactly where and what depth it is”, says Ana Petrovska, state secretary at the MEPP (Ministry of Environment and Physical Planning).

She adds that they plan to apply for EU funds for this purpose.

“At the moment, we are focused on dealing with the two lindane landfills that are in the vicinity of the former OHIS plant, but the government has not forgotten the one in Pelenica”, says Petrovska.

The International Agency for Research on Cancer (IARC) has classified insecticide lindane as carcinogenic to humans Group 1, with sufficient evidence that it causes non-Hodgkin’s lymphoma (NHL).

It is a persistent chemical that does not decompose in the environment for a long period of time. Since it is a volatile substance, it is distilled from contaminated soil and is contained in PM particles.

Exposure to lindane may occur through the consumption of contaminated food or breathing polluted air with lindane. Chronic (long-term) exposure to lindane by inhalation in humans is associated with liver disease, blood disorders and nervous, cardiovascular, immune and reproductive systems.

Under pressure from the public and, above all, ecologists after the article by “Meta”, the MoEPP issued a ban on student excursions to Pelenica last December, just near the unmarked lindane landfill.

It was assumed that the lindane was initially deposited exactly in the Pelenitsa area until it was determined that the amount of the hazardous chemical was too large to be carried, so it was later deposited in the vicinity of the OHIS factory.