Meta.mk
Economy US dollar is the favorite foreign currency by Macedonian counterfeiters Experts on submitted suspicious banknotes and coins in the past year found counterfeit denars, US dollars and euros, shows the latest report by the National Bank. From a total of 1,031 probes into suspicious foreign currency, 919 were counterfeit while 112 were original.

In the total number of counterfeit notes, the most common was the US dollar (731 pieces) and euros (149 pieces). It is notable that the counterfeit coins found in the country, were a foreign currency.

“Just like the previous year, the number of registered forged coins is insignificant and it comes down to a total of 4 pieces with the face value of 2 euros. The general assessment is that forged banknotes and coins have relatively poor quality of production, which enables simple and easy detection and determination of their characteristics”, reads the National Bank’s report.

Of the total 358 suspicious banknotes denominated in denars, experts determined that 128 copies were original, while the remaining 230 copies were counterfeit.

They explain that the biggest share in the number of counterfeit banknotes was the value of 500 denars, which is exclusively due to the fact that organised samples were released in circulation in the past years.

In the expertise of the technique of making counterfeit paper money, it was determined that they were made mainly on plain paper, without sufficient protective elements, using computer technology (scanning and printing) or by using a colour photocopier. 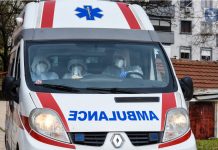 The PRO will start blocking accounts for those who have not...