Nikola Velkovski, Stefan Kotevski and Tomislav Jurukovski are the three Macedonian students that study at FEIT i.e. the FON University and who were granted 500.000 USD pre-seed investment agreement for the development of their marketing tool.

The Venture capital company DayOne Capital that invests in projects in order to allow a world ranking for solving all kinds of problems and implementation of innovations has concluded an agreement in the amount of half a million USD with Nikola, Stefan and Tomisav in order to help the process of developing this tool.

It’s about a Howitzer tool that is operating on the principle of finding and targeting potential users at one of the biggest social networks Reddit and sending direct personalized messages to potential users. What is unique about this solution is that Reddit is successfully being used for organic marketing. Howitzer results with 40-45% of an average rate of response on part of the beneficiaries which is superior compared to the remaining channels for direct marketing such as email or LinkedIn which have 3 and 10% of average response rates.

In an interview for inovativnost.mk these young founders said about their tool that in the form of a SaaS (licensed software model) product was launched toward the end of March when in a period of one month they managed to reach up to 2000 USD monthly income by using the Howitzer. Later they were contacted by journalists, several venture capital компании and Reddit’s co-founder, and they managed to conclude an agreement for pre-seed investment in the amount of half a million USD.

“The tool is intended for beginners in the early phase, for growth markets, agencies for digital and social media marketing, crypto/NFT projects, entrepreneurs that want to validate their ideas, etc. Therefore, generally, the tool is intended for startup companies and entrepreneurs that are operating in a certain niche market and are aiming toward a fast and cheap conversion of users,” explained Nikola, Stefan and Tomisav.

Their plans for the future concerning the tool and its development is to be initially developed with a focus toward Reddit, but in the future, the same access they are planning to apply to similar platforms and social networks, such as Twitter and Discord.

Young innovators are aiming to become pioneers in direct marketing on platforms where they will develop a marketing tool that will completely serve the requests made by growth marketeers.

In a story published on Dayone Capital’s official web page it stated:

“While traditional online ads are becoming more expensive and less effective due to ad fatigue and using blockers, Howitzer shows a fresh way to reach audiences in a personalized and authentic way at scale. Using Reddit metadata, the algorithm understands which users are part of your potential audience, extracts them and sets up personalized direct message campaigns.”

“The key here is targeting: seeing the activity of a user across different subreddits, Howitzer gives you a clear idea of the needs and wants of your users. We are at an inflection point where internet users are becoming internet citizens who are ever more mindful of their information consumption, and old ways of pushing products are just not cutting it anymore. There is a new internet economy emerging in the roaring twenties of this century where relevance is the primary driver of successful content. In this shift, there is an emerging need for new tools to reach audiences effectively” explains Beran Nacsa who is the author of the story about Howitzer.

“We are delighted to partner with Nikola, Stefan and Tomi from Howitzer, leading their pre-seed round. Together we aim to widen the capabilities of the platform and address further underutilized social networks, such as Twitter and Discord, concluded Bernat. 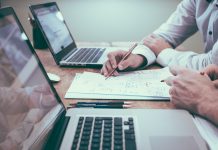 In two years, only 43 companies founded in North Macedonia with 1€ capital, the announced “Macedonian Startup Village” nowhere to be found