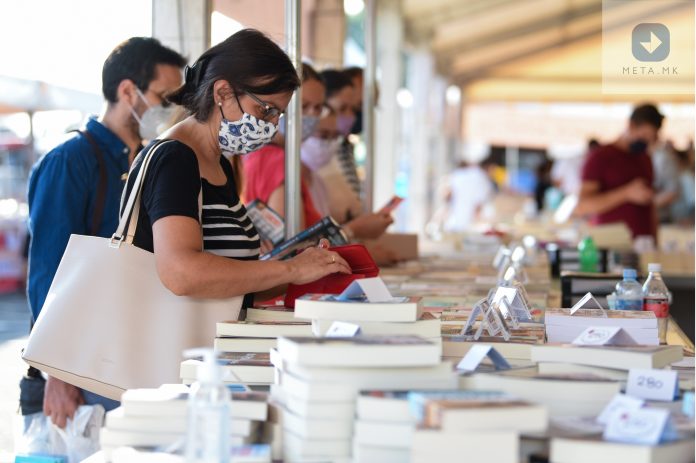 This year, the Book Fair in Skopje, capital of North Macedonia, was visited by 20.000 visitors that obeyed all of the protocols for prevention of COVID-19, informed the organizers. Additionally, 32 book promotion took place there.

The Fair’s Managing Director Sanja Kondarko said that this concept of fairs, using the capacities of A1 Arena SH “Boris Trajkovski” has proven to be successful, taking into account the complete infrastructure that the center has at its disposal.

She also announced other events and fairs, in accordance with all protocols for organizing events such as this.