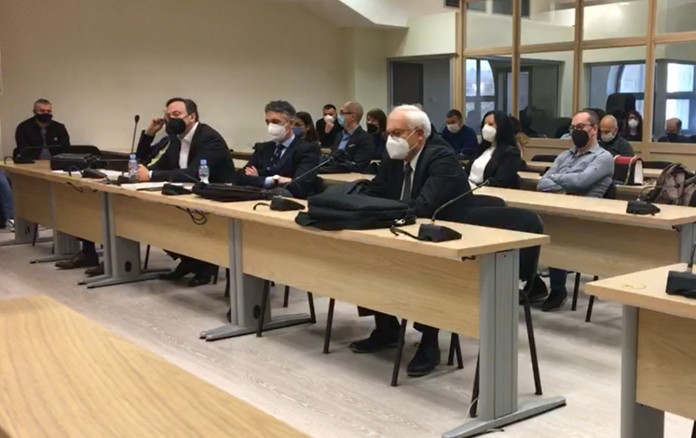 Sasho Mijalkov, the former Director of the Administration of Security and Counterintelligence (UBK), was sentenced in Skopje, North Macedonia, to 12 years in prison in the “Target – Tvrdina” court case, on charges for criminal association, abuse of office and receiving reward for illegal influence.

The “Target – Tvrdina” case refers to the illegal wiretapping of 20.000 citizens in the period between 2008 and 2015, during the period when VMRO-DPMNE was the ruling party. Mijalkov’s sentence also includes the time spent in detention and house arrest during the trial.

The other 5 UBK employees were given suspended two-year jail sentences which they will not serve unless they do not commit another felony in a period of 5 years. The court considers that the accused have worked in the lower ranking structures and have worked following the hierarchical chain of command.

The Court ordered all of the defendants to make compensation for the damage they have caused with the destruction of UBK’s wiretapping equipment that was worth over MKD87 million in a period of three months.

The verdict was delivered by a 5 member judicial council consisting of Dzheneta Bektovik as the primary judge, Vladimir Tufegdzik as the secondary, and three jurors.

This is a first instance verdict and the parties (the prosecution and the defense) have the right of appeal to the Appellate Court in Skopje.

During the trial, 123 witnesses were questioned, 887 evidence materials were submitted and 5 forensic evaluations were organized.