The second draft for the balancing of the budget, which has turned into a discussion between the Electoral Commission and Parliament, states that the budget for the State Election Commission remains close to 104 million denars. (1.6million euros) which was predicted in the first supplementary budget of June, this year.

Then the SEC had its budget cut from 531,375 000 by approximately 400 million denars from the budget for 2016. At the time, the Ministry of Finance explained that the SEC’s budget had been reduced because of a lack of a date for elections.

However, the date for elections has now been set for December 11, since the draft supplementary budget was already being discussed in the commission hearing, the amount of 104 million denars for the SEC remained the same.

However, it is possible for the amount to be adjusted so that after the Commission hearing, when the draft supplementary budget is returned to the Government, they may suggest a higher budget for the SEC, which will then be discussed at the plenary session of Parliament.

Whether and how much money is provided to the SEC, the Ministry of Finance said they have mechanisms in place to provide the necessary funds for conducting elections.

They did not answer whether the amount to be provided which was initially planned for the budget for 2016, i.e. will be 531,375,000 denars, as requested by the SEC.

The SEC told “Meta” that they have yet to announce tenders for the procurement of ballot materials nor any other tender related to the elections.

“When the elections for June 5 were canceled, our budget was cut. For this reason, we can not schedule tenders to procure voting materials, or anything else related to the elections. We asked for the same amount of funding, just like all the elections before”, say the SEC. 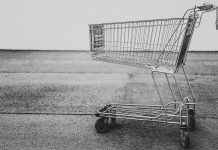