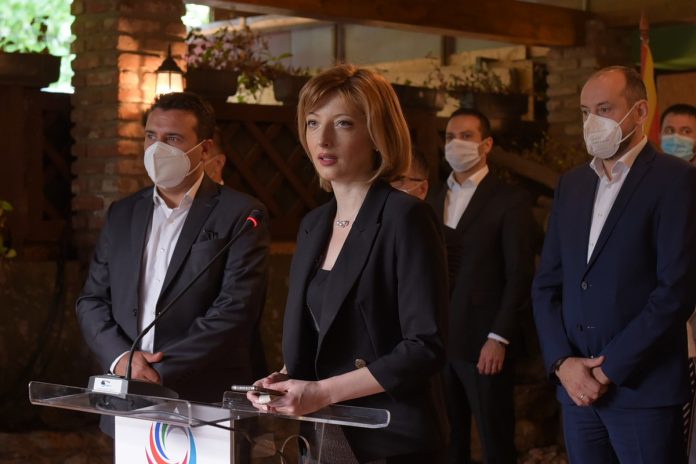 During today’s official meeting with the Prime Minister of North Macedonia and his financial team, the Union of Chambers of Commerce of North Macedonia (UCC) pinpointed the priorities that should be realized during the first month of new government’s mandate for crisis mitigation and economic recovery.

During the meeting with Prime Minister Zaev, the UCC President, Danela Arsovska stressed that first and foremost, a direct financial relief is needed for enterprises that are in difficult condition and are fighting to maintain their liquidity.

“A direct and targeted financial aid is necessary in the forthcoming months in order to help the survival of the companies and to cover the basic monthly expenses, and to allow to those who need it postponements or reprogramming of loans and other financial burdens, at least by the end of this year. The announcement of abolishing the  of parafiscal i.e. hidden fees that often surpass the tax obligations was one of our requests and we expect to see the realization of what was promised. These hidden and unpredictable expenses, that according to UCC’s registry are 145, should be lowered, which at a time of crisis will provide additional help for the companies,” Arsovska stressed.

According to her, it is important to fight the grey economy with a decisive action during the Government’s first few months.

“If this problem isn’t solved during times of crisis, the burden of the situation will cause tax evasion. If those who work unregistered go unpunished, it will send bad signals to all citizens that are disciplined and are paying taxes” said Arsovska.

At the meeting, Zaev has announced capital investments, stable tax policy, digitalization, administration reforms, lowering parafiscal taxes by 70%, support for the exports and  rule of law.

The businesspeople have also stressed that the private sector also needs rule of law, safety, and trust in institutions.