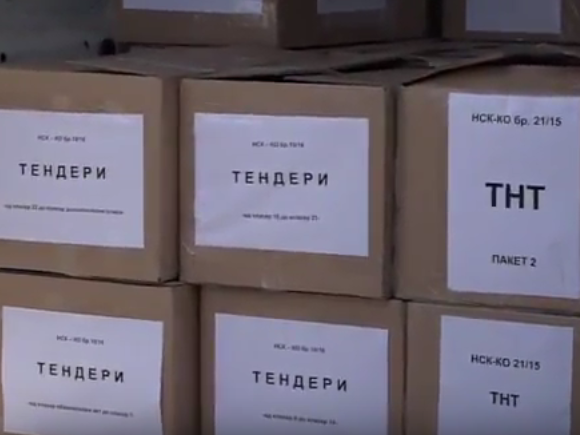 “The Bombs” that the Special Public Prosecution has will be destroyed, announced yesterday the Ministry of Justice, announcing that the Government has decided SPO’s future by placing it in the draft law on the Public Prosecution. But, what will be the procedure like for destroying the materials from the illegally wiretapped conversations, and what will happen to the copies of the bombs outside of SPO? The Ministry of Justice didn’t provide a clear explanation of the procedure.

-The materials from the illegal wiretapping that were not submitted as evidence at the courts will be kept by the Speical Public Prosecution for one year after all procedures that are led for the criminal acts that are connected and have come out from the content of the illegal wiretapping are over, and will be destroyed in accordance with the acts for disposal of materials from the special investigative measures. The minutes of the disposal will have to be submitted to the public prosecutor – said the Ministry.

Even SPO doesn’t know exactly how the bombs will be “disposed.”

-That will have to be regulated by the new law – said the Prosecution.

Meanwhile, the access to the “bombs” is strictly prohibited, said SPO, which formal title is Public Prosecutor’s Office for Prosecuting Criminal Offences Related to and Arising from the Content of the Illegally Intercepted Communications