The “Student Plenum” on their “Facebook” page invites all students and citizens to gather before the student dormitory “Kuzman Josifovski Pitu”, because, as they have reported, members of SPUKIM, along with members of the special police forces violently seized the ballot boxes from today’s elections.

“Everyone come before “Kuzman” student dormitory. Just 20 minutes ago, four of the ballot boxes were violently stolen and were taken to the offices of the SPUKIM. Currently, we have locked ourselves inside with several boxes. At the moment we have called the police and we invite all the media to come before SPUKIM (at the dormitory Kuzman)”, says the page of the “Student Plenum”.

Earlier, while voting was still ongoing, the “Student Plenum” contested the regularity of the elections for President of the Student Parliament.

During the vote, there was no electoral register, there were no printed stamps on the ballot papers, nor were there screens for secret voting booths and the ballot boxes were covered with white sheets of paper. 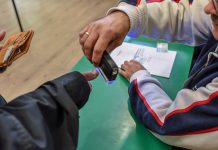 The electoral system remains a source of crisis in North Macedonia 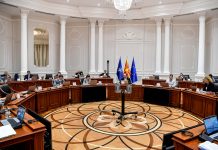 The preparations for the elections started, the Government behested SEC to update the electoral register

SEC will return 30,000 disputed voters to the electoral register for local elections