“Stop Operation Soros” (SOS), was introduced to the public on January the 17th, whose only declared members so far, are historian Nikola Srbov, who often appears in the media as a “political analyst” and journalists Cvetin Chilimanov and Nenad Mirchevski, who received various descriptions by the media. For example, a national television station, classified the three as an “Initiative Committee for establishing a Civil Association, “Stop Operation Soros”. In some media reports they were presented as a “Civil Movement” and sometimes as an “Initiative Committee for establishing a Civil Movement”, and they were even described a “non-governmental organization”.

According to a legal expert “Meta” consulted with, in principle all forms of movements, as in this case, need to be registered. An interesting example of this, is the Besa Movement, which began as a movement and then registered as a political party, but the statute still stands as the name “Besa Movement” and was registered in accordance with the Law on Political Parties. The expert we contacted indicated that any form of movement for achieving political ends, in principle, no matter under what name, needs to registered, whether it be as an association or organization. This can all be found in the regulations determined by the Law on Associations and Foundations. “Meta” requested information from the Central Registry to see if such an entity is registered under the name “Stop Operation Soros.” The answer we received was on February the 8th, around 14:30 pm which said “there are no records for the entity under the title of a ‘Citizens Association’ named “Stop Operation Soros”.

The Facebook page for “Stop Operation Soros” describe themselves as a “Non-Governmental Organization”, or NGO. On the website “STOP OP SOROS”, which is a Macedonian domain, it says that they’re a “movement” or “global initiative”.

The terms GONGO and PONGO were first used back in 1989 when it was discovered the unique position NGOs found themselves in. They could abuse their position for narrow political goals to meet the interests of small, but powerful special interests.

Therefore, GONGO / PONGO, are established to achieve internal politics or foreign policy objectives, and sometimes this is done so they are able to extract international aid, real humanitarian causes or corruption or other criminal purposes, during which GONGO / PONGO are a mask to hide the activities related to the underworld.

As for the financing of SOS, historian Srbov told “Pogled” that they’re are funded “by activists, and they are joining us everyday in large numbers”, and that they are “led by an idea, and not by financial motives.”

One of the three founders, Cvetin Chilimanov, is a journalist, and Vice President of the Macedonian Association of Journalists (MAN). He is also the editor of the English service of the Macedonian Information Agency (MIA), which is a joint stock company owned by the state, meaning it gets paid by the state budget. According to financial reports for 2015, submitted on July the 14th, 2016, to the Macedonian Stock Exchange, the total revenue for that year for the agency was 49.61 million denars. From the state budget or from the government, who owns MIA, 40 million denars were transferred that year to the agency, and the remaining 9.61 million denars were distributed for the other needs of the agency.

Mr Chilimanov was previously employed by the Cabinet of the President of Macedonia, Gjorge Ivanov, and then he was employed by MIA, where he was sent to Washington as a correspondent.

The other part of the “movement”, Nenad Mirchevski and Nikola Srbov, are connected to the magazine and website “Republika”, which until last year, it was unknown who the owner was exactly, as the issuer company “Iresine Limited” was registered in Belize, a well known tax haven, until July last year, when its owner became the then director, Done Donevski. Mirchevski, for many years has worked as a journalist and editor at “Republika” and Srbov is a columnist. 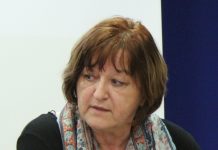 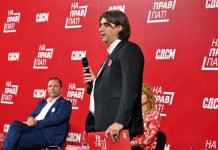 Muhamed Zeqiri appointed Secretary-General of the Government of North Macedonia 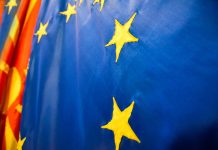 The European Commission reports on the North Macedonia’s progress in its 2020 Report, the civil society’s role acknowledged