Meta.mk
MKD Server: With the Prespa Agreement, only two problems remain in the Balkans 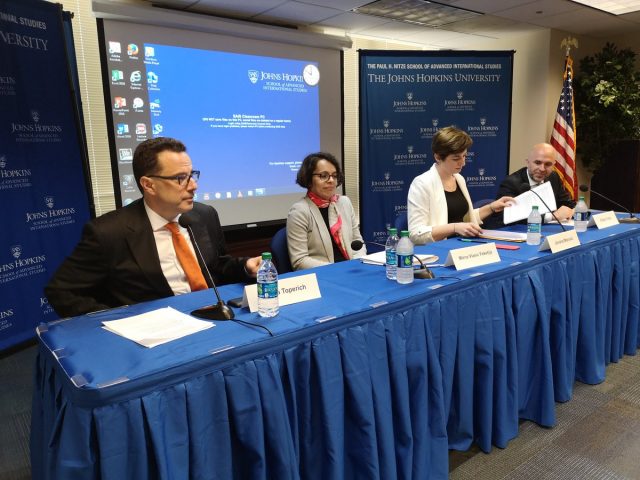 There were 3 peace problems in the Balkans, and today after the name resolution of Macedonia there are only two left: normalization of the relations between Kosovo and Serbia and fixing the dysfunctional governance in Bosnia and Herzegovina said Daniel Serwer of the Johns Hopkins School of Advanced International Studies.

He was one of the speakers at yesterday’s debate titled “Western Balkans: Managing Challenges Ahead” in Washington organized by the organized by Balkans in Europe Policy Advisory Group (BiEPAG), Johns Hopkins School of Advanced International Studies (SAIS) and European Fund for the Balkans, reports European Western Balkans.

-The moment is right for Kosovo and Serbia issue to be resolved. And once it is resolved, the problem in BiH will be much more solvable and different than now. Think what would have happened if the name disputed with Macedonia wasn’t solved how difficult it would have been the dispute between Kosovo and Serbia – said Serwer.

The BiEPAG coordinator and Professor at the University of Graz Florian Bieber reckons that the main problem of the Balkans are authoritarian governments which are not fully committed towards liberal democratic values of the EU and US. Regarding the Prespa Agreement, he said that it was successful because it was locally driven.

-“It was driven by the will of both governments. Also, there would be no agreement between the countries if there was no NATO and EU option for North Macedonia”, states Bieber.