Meta.mk
Main Section Reeker: The Public Prosecution Law has to be adopted and the... 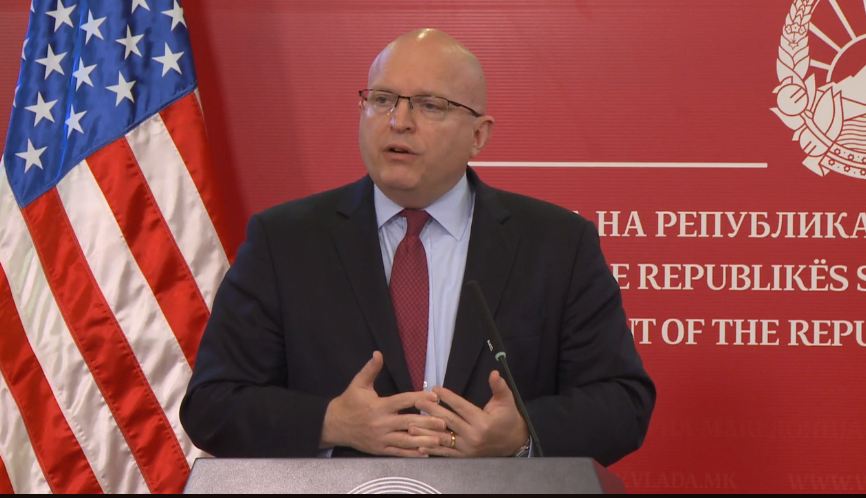 It is time for things to move forward. The US wants to work with all political parties in North Macedonia and we have to see some reasonable efforts. The adoption of the Public Prosecution Law has to pass and I calling upon the opposition to move in that direction.

This was stressed today by the Acting Assistant Secretary of European and Eurasian Affairs, Philip Reeker at the press conference with Prime Minister Zoran Zaev.

Just like in any other true democracy, the role of the opposition is key, and the opposition has to be constructive. The time for gameplays has passed, and it is time for the things to be moved forward for the good of the country. The time for hindering all of these processes has to be over and I hope we shall have a constructive approach. We have to see reasonable efforts, the Public Prosecution Law has to move forward and its adoption now means it will not be an issue no more and the EU can open the accession negotiations this autumn” said Reeker.

He also said that with the Prespa Agreement North Macedonia showed courage for brave solutions and ability to move forward towards a positive and bright future.

He expects that soon at the Summitt in London, this country will become NATO’s 30th member, and he expects this autumn this country to be approved a starting date for the accession negotiations with the EU. The USA, as he said, even though it is not part of the EU, constantly provides support for North Macedonia in that direction including the bilateral meetings with the countries members. These boost the country’s chances of receiving the long-awaited start of the accession negotiations with the EU.