The construction of the small hydro power plants on Shar Mountain has started. Although it is a matter of days when Shar Mountain will be declared a national park, the 7 hydro power plants whose construction is underway, will yet see the light of the day. Portalb.mk got this information from Hisen Xhemaili, the director of the Environmental Protection Administration.

According to the activist Sadik Abdirahimi, the hydro power plants, which he says will have damaging impact on the mountain tourism, are built by tycoons connected with the ruling parties. He says that many rivers on Shar Mountain (Shara) were destroyed by these construction works.

Abdirahimi, a member of “Peaktrip” stresses that at the moment the mountain tourism is under great threat and that the civil society is powerless, as he said, against the party tycoons that are deciding the country’s future.

“With the progress of the construction works for the small hydro power plants, we see mass destruction of the development potential for ecotourism and the alternative tourism in the mountainous villages and the surroundings of Tetovo. We are witnesses to this catastrophe, but, unfortunately, we are not strong enough to implement justice against the tycoons close to the parties on power that are deciding the “bright future” of the new generations, directing them to look to the West as a place to live,” stressed Abdirahimi.

He said that recently with the building of a single small hydro power plant Tetovo’s main source of drinking water “Leshnica” was destroyed. According to him, this is diminishing tourists’ wish to visit this natural heritage.

Initially, many rivers on Shar Mountain were destroyed, and then the main source of drinking water for Tetovo – “Leshnica” was despoiled in the process of construction of a hydro power plant.

“Also, they extinguished the wish of many hikers to visit this area. Last year, our hiking club organized 3 hikes to Leshnica with 300 people in totald and each weekend before the start of the construction of the hydro power plant, this location was visited by many foreign tourists,” said Abdirahimi.

A year ago, the Director of the State Environmental Inspectorate Ana Petrovska, warned of the danger of polluting the water for Tetovo by part of the small hydro power plants that are being built on Shara.

Despite the fact that Shar Mountain is waiting to be declared a protected area, seven small hydro power plants are under construction there, confirmed for Portalb.mk the Director of the Environmental Protection Administration, Hisen Xhemaili.

He claims that the small hydro power plants aren’t posing danger to the  drinking water and before granting the approvals for these plants, several institutions were consulted.

The declaration of Shar Mountain a national park has been debated for years and this procedure was sped up in the last several months, with the Government approved the idea to declare Shara a protected area. During April and May, the draft law passed two readings at the Parliament and approval was given with the majority of votes.

Xhemaili says that this law will be adopted no sooner than the next week.

According to Metin Muharemi, of “Friends of Shara” association, the biggest challenge for this mountain will be the preparation of the management plan for the next three years. He invited all local citizens who haver objections, to take part in the process of the preparation of this plan.

Otherwise, at the moment, the protected areas in North Macedonia encompass only 9% of its territory and with the declaration of Shar Mountain a national park, this percentage will increase to 11%.

On Shara, there are 28 lakes and many other natural resources. 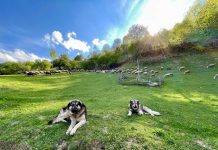 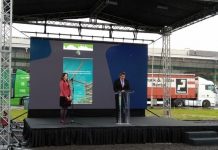