The Ohrid SOS initiative has warned that the Council of the Municipality of Ohrid is secretly preparing certain legalization that would mean the disruption of the Ohrid Lake’s ecological sphere with objects that could disrupt the natural order.

Eco-activists warn that illegal buildings that being planned for legalization, are directly in the Galicica National Park and accuse councilors from both VMRO-DPMNE and SDSM of hiding from their voters and not announcing what exactly will be voted on, while the municipality only announces a brief agenda of the disputed sessions.

Eco-activists also warn that it is not a question of what should be legalized, because it is state land, which is in itself disputed. At least one of the pieces of land does not even have a building for the legalization process, which means that there is something very wrong with the procedure, or it is very suspicious because an attempt is being made to legalize something which hasn’t been built at all. They warn that much of the legalization is destined for the protected Studenchishko Blato. “Ohrid SOS” recalls the standards defined by UNESCO. 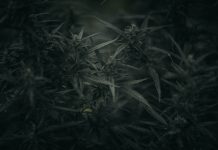