Doctors from the public and private healthcare sectors in North Macedonia should be allowed to prescribe cannabis products, but also the patient who has received a recommendation for a treatment should be allowed to legally grow at home cannabis in a form that suits him/her best, depending on his/her health condition. This was agreed upon at yesterday’s first meeting of the Government’s Work Group for the Preparation of the Amendments to the Legislation for the Decriminalization, Legalization and Exploitation of the Medical, Social and Economic Advantages of the Cannabis.

The work group at the meeting also produced  a recommendation to enlarge the list of the specialist branches where the cannabis could be prescribed for medicinal purposes, which should be predated by appropriate regulations in the area of the medicinal substances.

The initiative for preparation of draft amendments of the laws was initiated by the civil society sector, the institutions and the business sector, with the notion of decriminalization and de-penalisation of the cannabis for personal use, but also to open a discussion for the possibilities of legalization.

At the meeting, there were representatives of the Health Ministry; Ministry of Justice; Ministry of Interior; Prime Minister’s Office; the Association of Toxicologists, Pediatricians, Oncologists; Student’s Parliament of the Pharmaceutical Paculty; the Association of Young Criminal Attorneys; the Helsinki Committee for Human Rights; HOPS – Options for Healthy Life Skopje; Margins Coalition and other associations. 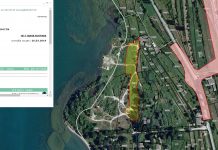