This year during the Republic Day holidays in North Macedonia, Ohrid Lake’s coastline is full of tourists. After the decline that lasted for two years, the presence of tourists from Poland, Netherlands, Romania, Serbia, Bulgaria, Kosovo and other countries apart from domestic tourists is evident this year. The hotel’s capacities are full, together with the private accommodation, the auto camps, and even those that had been deserted for a long time, like the auto camp Treska in Radozda.

Apart from the Ohrid summer festival, these days in Ohrid and Struga are hosting numerous music festivals and night parties, and as a result of that, the number of young visitors to the Ohrid coastline is big.

Because of the large number of guests, in both Ohrid and Struga it is difficult to find a parking lot in the central areas, and there is a traffic jam on the road between Ohrid and St. Naum. Before noon every day, these cars drive toward the beaches and return in the afternoon hours back to Ohrid.

The only negative picture that is evident in Ohrid and Struga these days is dumping garbage in public areas. In both cities, especially in the evening hours, one can notice the overflowing garbage containers, but also dispersed garbage around the containers.

The PE Ohridski Komunalec informs that because of the large number of tourists and guests visiting Ohrid area, these days it has intensified its activities to maintain public cleanliness. Two cisterns for cleaning the streets are being used and as an addition to its current activities, a street sweeper is also used.

“We are intensely sweeping the public areas, the boardwalks and the roads, in order to maintain the cleanness on a higher level,” informed PE Ohridski Komunalec.

The Ohrid police are also working at full capacity these days as they are regulating the traffic in the streets that are full of vehicles. IAS Ohrid informs there were sporadic clashes and acts of violence in the city.

On 31.07.2022 at 1 o’clock after midnight, there was a report of a citizen from Ohrid that he has attacked his unmarried wife with a sharp object in their home in a try to injure her. Charges will be filed against him.

Yesterday, after midnight, policemen arrested I.M. (20) from Bitola. They found a bullet and a shell. During the search of an 18-year-old person from Skopje on Saturday night at a parking lot nearby a catering facility at a tourist resort in Ohrid, the policemen found marijuana in his possession.

IAS Ohrid informs that on Saturday, on 30.07.2022 around 15:15h, there was a call that R.M. (77) from Plasnica village, Makedonski Brod was pulled out of the waters at the beach in front of a hotel in Ohrid. After he was reanimated, he was declared dead by emergency services, without any traces of violence. 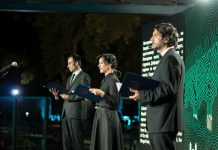