Archbishop Stefan told the Bulgarian agency BGNES that the invitation was sent to Bulgarian patriarch Neofit and to the state leadership of Bulgaria for a joint celebration of the millennial anniversary of the establishment of the Ohrid Archbishopric.

According to statements by the MOC-OA, the 1000 year anniversary will be marked with church-state ceremonies in Ohrid on 27 and 28 May.

The Serbian Orthodox Church (SOC) will also mark the millennial anniversary of the establishment of the Ohrid Archbishopric, read the statement issued after the annual gathering of the Holy Bishopric of the SOC, which ended yesterday.

The statement says that the celebration will be “prayerful and dignified and will take place at some point this year”.

At the annual gathering they also welcomed the legally binding decision of the Grand Chamber of the European Court of Human Rights “which concludes that the authorities of the Former Yugoslav Republic of Macedonia violated the international convention on freedom of thought, conscience and religion by refusing to register the canonical Ohrid Archbishopric. 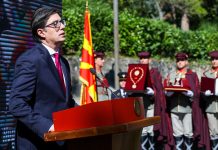 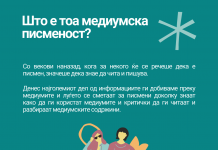