The Macedonian Supreme Court announced today that it rejected the appeals by convicts Nikola Gruevski, Gordana Jankulovska, and Gjoko Popovski for the “Tank” case and has upheld the verdicts of the Appellate Court. This means that the former Prime Minister Gruevski, the former Interior Minister Jankulovska, and her Deputy Popovski will have to go to jail.

“The Supreme Court of the Republic of North Macedonia is informing the general public that on the 17th of September 2020, it has decided upon the filed requests for extraordinary revision of an effective verdict, filed by convicts Nikola Gruevski, Gjoko Popovski, and Gordana Jankulovska. With these verdicts, the Supreme Court of the Republic of North has rejected the filed requests on part of the convicts that were filed personally by them and through their attorneys, and has confirmed the Appellate Court Skopje’s decisions” states the press release issued by the Supreme Court.

Nikola Gruevski was sentenced to two years imprisonment for acquiring personal gain and stimulating the commitment of a crime in the acquisition of a luxurious vehicle “Mercedes”. He fled the country in November 2018 just before he was to begin his two year prison term. Gordana Jankulovska was sentenced to four years imprisonment for intentionally inciting her deputy Gjoko Popovski to commit a felony “abuse of office”. Gjoko Popovski is already serving his sentence of four years and six months imprisonment. 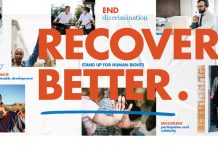