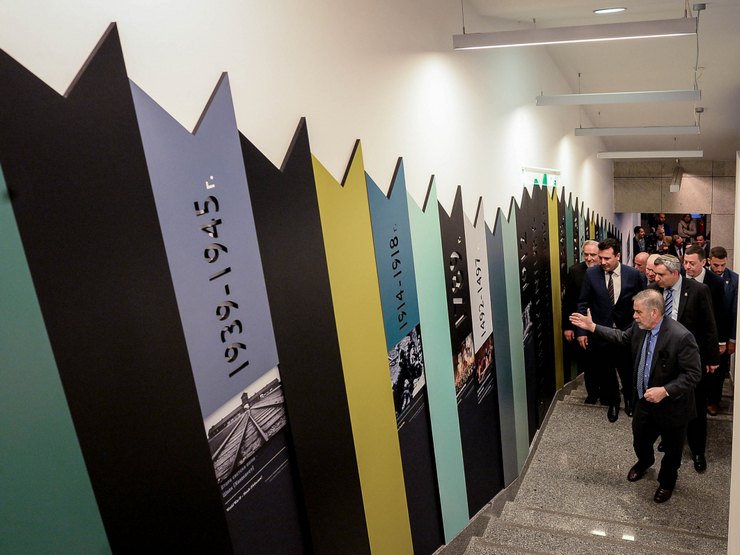 The Jewish Telegraphic Agency published an article on March 11th, reporting that the Holocaust Memorial Center of Jews from Macedonia opened in Skopje, even though the center actually opened in 2011.

The article also says that Prime Minister Zoran Zaev attended the opening together with Robert Singer, the executive vice president and chief executive of the World Jewish Congress.

It is true that Zaev and Singer visited the museum, however it wasn’t for the opening but marking 76 years since the deportation of Macedonian Jews to the Nazi concentration camp, Treblinka. They attended the official opening of the museum exhibition at the Holocaust Memorial Center. For the occasion of this event, a commemorative ceremony was held at the Macedonian National Theater (MNT).