Meta.mk
Main Section The lame statement on the dangers of ISIS must be clarified to... 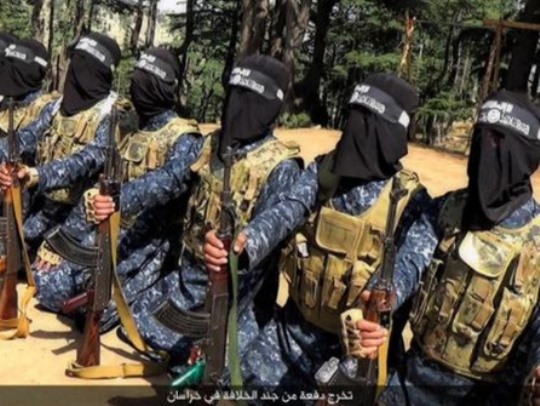 The MoI must clarify the situation, especially on the danger from the supporters of the Islamic State of Iraq and Syria (ISIS) in the country, because a lame statement causes either panic or mistrust among the public, experts say.

Pavle Trajanov, former Interior minister, believes that the situation should have been clarified “in some form,” and retired Colonel Blagoja Markovski, a former spokesman for the ARM, who was in this office during the 2001 conflict, believes that the Ministry of Interior should either release a statement asking the public to be patient, if the operation is in progress, or immediately publish some basic information.

“According to all analyzes, this is a preventive operation by the Ministry of Interior as preparation of the Secret services and the Ministry of Interior in a period when fighters of the Islamic State return. It is certain that this was a preventive operation, with searches of houses where returnees live or of the houses of the fighters that are expected to return. It’s a system of prevention which serves the purpose of preventing possible terrorist activity. All this has been done in cooperation with some of the most robust intelligence services,” Trajanov says.

He didn’t comment the decision of the Ministry of Interior to publish very little information on the case and then keep silent, but agrees that “the situation should have been clarified in some form”.

Here we have a case of some sensitive information, but MoI must either ask the public to be patient or explain the situation, believes Markovski, who has extensive experience in public relations in difficult security situations and according to him the Ministry of Interior should request patience from the public if the operation is still ongoing, or, if it is complete, release basic information.

On Friday, the Ministry of Interior briefly informed that after exchanging information with a partner country on “potential plans and intentions for committing a terrorist act on the territory of the Republic of North Macedonia by members of radical structures supporters of ISIS, we conducted operational-tactical measures aimed at identifying possible organizers, those working in logistics and potential attackers. ”

Unlike the Ministry of Interior, the US Embassy and the Bulgarian Foreign Ministry issued security warnings to their citizens in Macedonia.