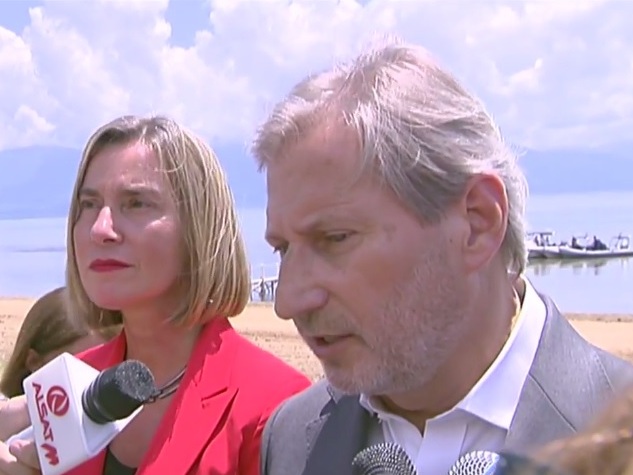 With multiple indications that North Macedonia as a country has done tremendous progress, the EU Commissioner Johannes Hahn and the Vice President of the European Commission Federica Mogherini at the press conference that took place in Brussels presented the reports for 2019 regarding the advancements of several countries including ours.

The European Commission has requested that the European Council should start right away negotiations with North Macedonia and Albania. Still, as Hahn said, years will pass until the next enlargement.

Mogherini said that this country has done many changes due to the political leaders and the citizens.

-North Macedonia has conducted deep and previously unseen changes in the judiciary, the fight against corruption and the organized crime, including reforms of its security structures and the public administration – stressed Mogherini who stressed that the remarks in the report are strict and precise.

Eu Commissioner Hahn has repeated at the press conference what he has said before at the session of the Committee for Foreign Policy at the European Parliament, and he especially stressed the Prespa Agreement and the Agreement with Bulgaria.

He issued an appeal to the countries members to trust the reports because they are based upon solid facts. Still, even if the negotiations were to start immediately it would take years for a fully fledged membership, said Hahn and he stressed the EU’s newest member Croatia which negotiation process took 8 years.

-I would like to repeat again, the start of the negotiations won’t mean that we shall either tomorrow or a day after tomorrow, as it takes years. Croatia needed 8 years and it is not realistic to expect a new enlargement sooner than that deadline – said Hahn.