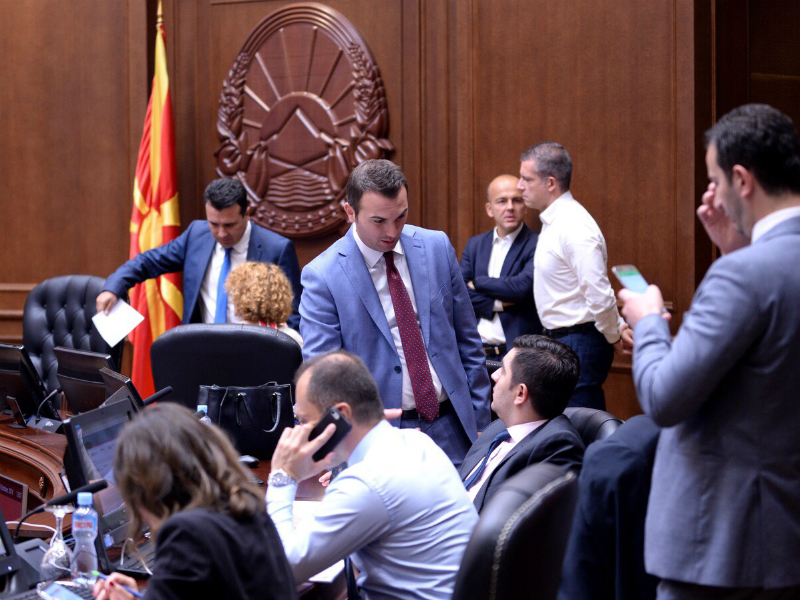 At yesterday’s 108th session, the Government adopted the final texts of the amendments to the Constitution and immediately passed them on to Parliament.

Amendment 34 introduces amendments to the Preamble – amendment 4 of the Constitution of the Republic of Macedonia, which reads as follows: “In the Preamble of the Constitution of the Republic of Macedonia, the words “living in its borders” will be deleted, “the decisions of ASNOM” will be replaced with the words” legal decisions specified in the Proclamation from the First ASNOM Meeting of the Macedonian People for the ASNOM Meeting “, after the word “year”, the words “expressing the will to create an independent sovereign state and the Ohrid Framework Agreement” will be added, and the words “decided to” will also be deleted.

With the text of amendment 35, “The Republic respects the sovereignty, territorial integrity and political independence of neighboring countries”, is supplemented by Article 3 of the Constitution of the Republic of Macedonia.

Here you can read the final text of the draft amendments 33, 34, 35 and 36 of the Constitution of the Republic of Macedonia.