Toward the end of the ’80s, a referendum for introduction of trams in Skopje went unsuccessful by 1%. It took another 30 years for the procedure for introducing alternative public transportation in the capital to come to a closure. So, don’t act hastily, say the experts after the statement of the new Skopje mayor Danela Arsovska that she does not consider that the Bus Rapid Transit system should be implemented in Skopje, the capital of North Macedonia.

Arsovska, together with the Mayor of the municipality of Aerodrom, Timcho Mucunski anounced a new mega-park at the location of the last station of bus line No5 in Novo Lisiche, where actually the future depot for the buses of the first BRT line is supposed to be built.

“If it takes me 30 to 40 minutes with a car to drive to a destination in Skopje, including traffic jams, and to reach it, and if it takes me an hour and a half to reach the same destination by bus, then I will take the car, so, the city could even introduce airplanes for the urban public trasportation, it would make no difference,” prof. Krstanoski explains.

He also said that the BRT project in Skopje was acclaimed by the EBRD’s representatives, who are very strict regarding the projects they are financing.

Apart from the speed of transportation, what also matters is the trust in the services by the citizens and that means assurance of the passenger that every day, by using the public transportation, she or he will reach the final destination at the designated time without delays. Hence, says Krstanoski, it’s about a basic lack of understanding that the purchase of new buses will improve public transportation and will attract new users.

Regarding the completely free public transportation promise, considering the experiences in other cities, prof. Nikola Krstanoski explained for Meta.mk that this is only available in Luxembourg as an extremely rich and small state, and Talin, the capital of Estonia. When it comes to other cities, these are very small cities with up to 20,000 people with very small number of lines.

Professor Nikola Krstanoski reminds that the expenditures for the public transportation also result from the prices of the fuels and the expenditures for servicing the buses. If new lines, are introduced, including more buses, new drivers will have to be hired, since JSP Skopje already has a lack of such personnel. 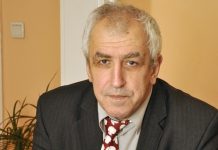