Meta.mk
Main Section EC calls for the pace of reforms and political dialogue in North... 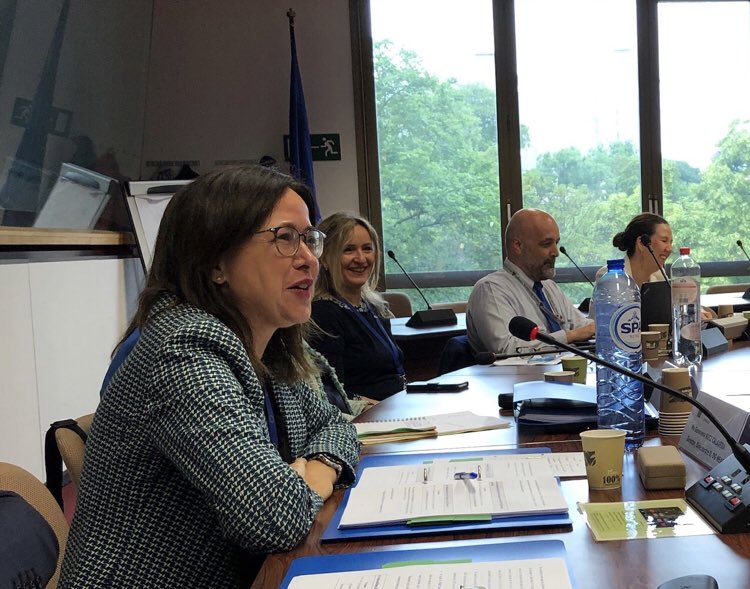 At today’s 16th meeting of the Joint Stabilization and Association Committee, which consists of representatives from North Macedonia and the EU, officials from the European Commission encouraged all political parties and stakeholders in the country to work together to maintain and strengthen the political dialogue and to continue to implement the EU agenda, especially in regard to the judiciary, the fight against corruption, organized crime, security-intelligence services and public administration, in a comprehensive and transparent manner.

This was announced by the European Union Delegation in Skopje, saying that the European Commission (EC) strongly emphasized the importance of maintaining the pace in adapting national legislation to the EU acquis.

Today’s meeting was co-chaired by Genoveva Ruiz Calavera, Director of the Western Balkans at the Directorate for European Neighborhood Policy and Enlargement Negotiations at the EC, and Kalinka Gaber, State Secretary at the Secretariat for European Affairs.

At the meeting, where they discussed the current situation in North Macedonia regarding the fulfillment of the political and economic criteria, both sides welcomed the achievement of the Prespa Agreement and the Treaty of good neighborly relations with Bulgaria, reads the statement.

In doing so, the progress with the EU reforms was welcomed, especially in the areas covered by the government’s “3-6-9” plan and Plan 18.

On her Twitter profile, Calavera pointed to the Prespa Agreement as an unprecedented achievement and an example for the region and beyond.

#Prespa agreement = an unprecedented breakthrough. This + bilateral treaty with 🇧🇬 set a positive example for the region & beyond. I reaffirmed the @EU_Commission’s recommendation to open accession negotiations with🇲🇰. Important for 🇪🇺 to deliver by October! @EUCouncil 2/2 pic.twitter.com/ys583Q7zyk

“I reaffirmed the EC’s recommendation to open accession negotiations with Macedonia. It is important that the EU deliver by October”, she wrote.

Žbogar: We are expecting to see again a higher standard of organizing elections