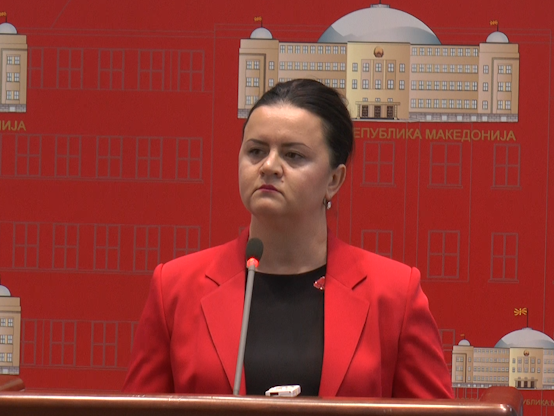 At the first meeting of the Parliamentary Coordinative Body for Reconciliation, the dynamics for work in the interest of the processes and establishing cooperation were determined, informed the co-chair of the body, Frosina Remenski.

She stated that at today’s meeting, they agreed to form three working groups on integration, reforms and reconciliation.

“Integration refers to the constitutional changes for EU and NATO membership. The second subgroup is for a broader reconciliation plan and will work on solutions regarding the events that took place on April 27th. There will be a long-term plan. This is an act of consensus among the responsible MPs who believe that without cooperation on the issues that divide us, we can not move forward towards reform and integration. The third subgroup will be for a reform process on the EU agenda. We will achieve this through an inclusive process and decision-making while laws determined by two-thirds will be created through consensus. All these processes are tied and deterministic and will go smoothly and in a pleasant atmosphere,” said Remenski during a press conference in Parliament.

She pointed out that it is not up to them to tell the judiciary how to measure guilt, but can make suggestions on how to conduct a fair trial and a careful approach to the events of April 27th.

“This body does not intend to be above the prosecution or the courts. Our idea is to explore the possibility of suggestions and proposals and after we will consult the experts,” she added.

We did not give blank signatures, the process of reconciliation and integration is conditional, said MP Emilija Aleksandrova from the independent parliamentary group of VMRO-DPMNE

She appealed for the process to begin as soon as possible and indicated that she expects the groups to start work today or tomorrow. She did not want to comment on the amnesty law proposal in regards to April 27, and said that the ideas and proposals would be presented to the inter-parliamentary group.

The Coordinative Body for Reconciliation will meet again on Friday and Prime Minister Zoran Zaev is also expected to attend.