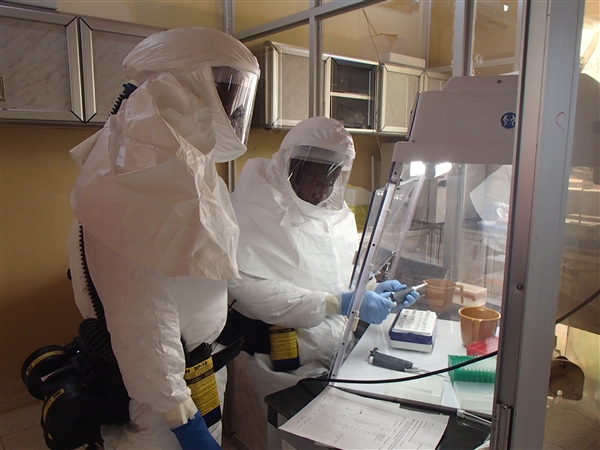 One of the hottest topics currently among the Balkans media and social networks is the epidemics of corona virus 2019 which began in China and then started to spread throughout the world and reaching Europe: Just like in other similar cases, disinformation about this subject started to emerge and which were produced locally.

A case such as this was identified by the Serbian service for fighting disinformation “raskrikavanje.rs.”
.

It’s an article published by Serbian newspaper “Vechernje novosti” which starts with a claim that the corona virus was created in a lab and was purposefully let go in order to weaken Chinese economy.

“It is the cheapest way to cause harm to any economy, since due to a large number of sick people, the whole economy stops. It is highly probable that the new corona virus was created in a lab in order to weaken the Chinese economy which is expanding” stated the article’s introduction.

Nowhere in the text it is stated that this is a conclusion by the journalists or one of the people who gave statements in the article. It is unclear who is speculating.

Apparently, right under this claim in the text a statement by retired epidemiologist Radmilo Petrovic is given who claims that he has his suspicions about the timing when the virus broke out i.e. around Chinese New Year, a time when the Chinese travel a lot.”

But apart from these speculations, no proof is shown to back the claims concludes “raskrikavanje.rs“, stressing that even other speakers that this subject was discussed with dispute this conspiracy theory. Epidemiologist Zoran radovanovic, stood against this speculation stating that it is less likely this virus was created in a lab ” since when someone wants to wage a biological warfare and lets a virus in another part of the world, the other part of the world will have to be vaccinated, which is difficult to achieve.”

The same narrative as “Vechernje Novosti” was used by Tanjug agency, Informer and Alo tabloids including Radiotelevision of Vojvodina and others, including the “Mental Gymnastics” TV show.

But such claims aren’t backed by the reality since it’s a biological weapon it usually causes a greater rate of mortality than the 2019 corona virus, informs “raskrikavanje.rs“.

A disinformation about the corona virus with another type of content showed up at the Greek “Open News” where a video was played during the news where a doctor wearing a white coat is falling down in front of the patients and the medical personnel. The news reported it has happened at a hospital in Wuhan.

But the Greek service for fighting false news “Ellinika hoaxes“ began investigating the details around this video and it found out that the doctor together with two of his colleagues were beaten by a relative of a patient whom they were trying to reanimate. When the patient died, the relative started to beat the doctor who fell down since he was badly hurt.

The incident didn’t happen during past Sunday when the content analyzed by “Ellinika hoaxes“, but on the 17th of January on a location other than a Wuhan hospital, located 560 km far from Wuhan.