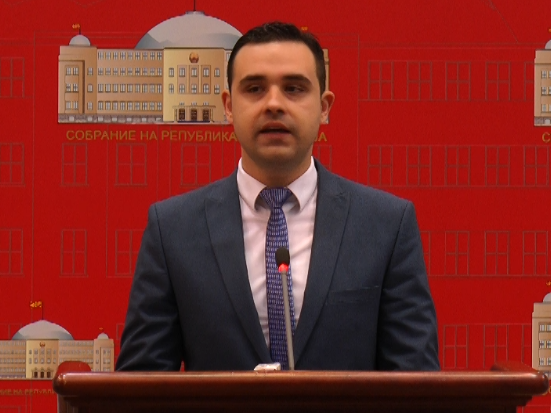 An agreement has been reached with Bilal Kasami’s wing of BESA, to vote on the constitutional changes, a spokesman for SDSM Kostadin Kostadinov said at a press conference this afternoon. He did not specify what exactly had been agreed, but stressed that it would be explained through party statements.

He said that the continuation of the session to vote on constitutional changes will be scheduled by the Parliament Speaker, Talat Xhaferi.

Kostadinov said he strongly denies,” the lies made by the president of VMRO-DPMNE Hristijan Mickoski and the leadership of the party that pressure has been put on MPs to vote on constitutional changes. “