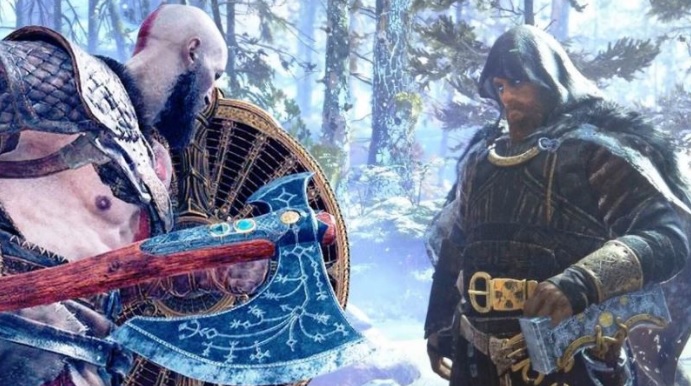 Spiderman 2 is a highly expected new game for PlayStation 5 but it will come out in 2023. After the big success of the first part of the game, that was a hit game that was outstanding, Spiderman 2 is making a comeback in the same setting with better graphics -although the graphics were the top of the line in the first game, beside the original character of Peter Parker as Spiderman the character of Miles Morales the African American Spiderman from the comics shows up, and they join together to fight against Venom. The popularity of this hero or heroes, because Spiderman has many versions in the “Marvel Multiverse”, is on the rise not just with the games but with the movies too -where Tom Holland plays Spiderman, and the prequel of this game became even a reason to buy the PlayStation to play that exact game.

God of War Ragnarok also falls in the same category of “A game you buy the newest PlayStation for”. It is a brutally violent game-as are all the God Of War titles but in a newest version. While in the first games of God Of War the focus of the story was set in Ancient Greek Mythology, in the newest releases of the game  Norse Mythology takes the theme. The combat in the game is “beastly” and the surrounding is graphically polished to the max-whether it’s about forests or islands the atmosphere is thrilling. The trailer itself reveals a big part of the story. A final release date still hasn’t been published.

Wolverine is a game that surprised everyone with the newest Trailer, its been worked upon by the same developer Insomniac that is making Spiderman 2. If we judge by the previous Wolverine games from X-man2: Wolverine’s Revenge 2003 to X-man: The Official Game and to the newer Wolverine games they only get better and better. According to the trailer considering the looks this is the Wolverine from the comics, short, angry, muscular with a cigar and alcohol beside him opposite to the look of a “macho man” that was promoted by Hugh Jackman in the movies. In the comics Wolverine also has a cowboy hat that he doesn’t wear in the movies at all. Although there is still no gameplay footage for this game, the expectations for it to be a masterfully made game are great.

The announcement for a Remake of Star Wars Knights Of The Old Republic (SWKOTOR) is great news for a years long project that already has leaked footage on YouTube of how the game looks in development although there is only an animation for the trailer. This is one of the games with an especially good story and because it’s a Remake according to the leeks on YouTube the game might be changed a lot and instead of a third person view it may have a first person view. The zones on the different planets are overworked very well, still keeping the charm of the original locations from the game in its first state. This is a game that has high re-playability and it would be even more fun to do that in a new version of SWKOTOR. And for the newest generations that haven’t played it before it will become a hit again.

If you wanna browse the other trailers about new games, the next link is the whole PlayStation Showcase 2021 event: