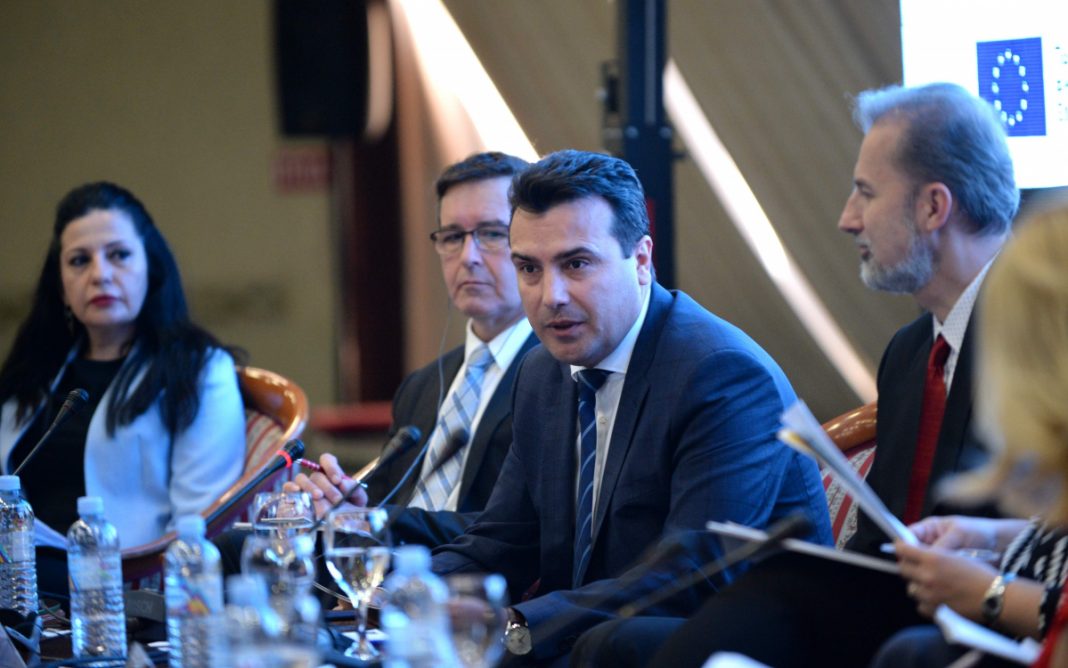 “Recently, we reminded ourselves of the 2015 mass demonstrations, where over 70 civil society organizations joined tens of thousands of citizens for a mass protest to restore the rule of law, creating a broad civil coalition, demanding the state’s capabilities be reduced for the expense of active, vocal and critical citizens. Today, the Government can say that it stood behind the principle of equal opportunities for everyone in our society, behind the principle of social justice”, said Prime Minister Zoran Zaev addressing those present at today’s conference titled “Reform of the State Financing System for Civil Society Organizations” organized by the Macedonian Center for International Cooperation (MCIC).

Recognizing the importance of civil society organizations with their experience in the field, analysis and expertise, as well as their role in the reform changes and the country’s path to the EU, he thanked them for their partnership, and vocal criticism.

Zaev noted that the state is looking for a model for securing financial sustainability for civil society organizations. By the end of June a draft version of a model is expected.

“There are estimates that thanks to monitoring by the public and the media’s candidness the state saved around 100 million euros, because that way, the institutions steal less money,” said Prime Minister Zoran Zaev.

He recalled the possibility of financing civil associations and the business of chance games mentioning the fact that around 1 billion euros circulate in the business of gambling, betting and other forms of this activity, as well as by improving current tax evasion and other sources of funds.