Meta.mk
MKD Zaev: Ballot question for referendum will be known after NATO invitation 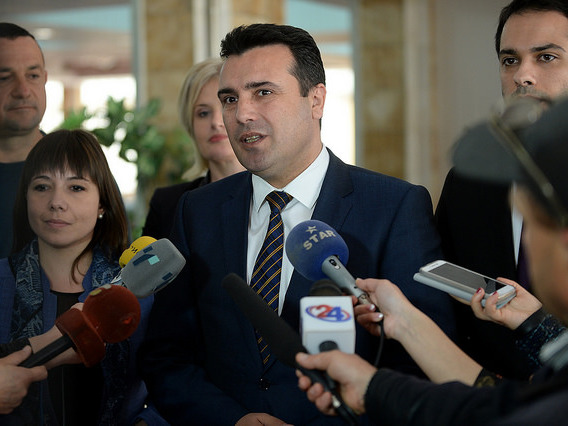 Today, Prime Minister Zoran Zaev said that the ballot question for the referendum is still unknown, and added that the parties and the civil sector will determine whether the referendum will be a consultative or binding referendum, but that in any case the result will be mandatory.

“We have not discussed this issue. Probably, we are waiting for integrations to finish, that is, on July 11 and 12, is when we expect an invitation for NATO membership to arrive. Immediately afterwards, the state will begin the debate, we will probably determine the date for holding the referendum, the ballot question for the referendum and the style of the referendum itself”, said Zaev answering a journalist question in Prilep.

Most likely, he added, the deadlines will remain the same, the end of September and the beginning of October for the referendum, and the State Election Commission and experts in Parliament will assist in this.

“Together with all political actors and the civil sector, we will decide whether the referendum will be consultative or binding, but what everyone should know is that the result will be mandatory. This means that if the referendum passes, we will have to respect the will of the citizens, to vote in Parliament and get to work, especially on the reforms and the processes that will follow”, said Zaev.