A few days before the election, VMRO-DPMNE took out a loan of three million euros from the Commercial Bank, and for this purpose they put up as collateral their new headquarters, the palace “Hristo Tatarcev”, reported “Prizma“.

In the Official Gazette, it shows that the party took a “framework revolving loan”, which means that they do not have to withdraw the whole three million euros at once.

Apart from the building, VMRO-DPMNE also used movable property and equipment as collateral.

“Prizma” turned to the party and asked them what the money was for, how many years will it take them to return the loan and whether they mortgaged the entire headquarters. The party said they would reply in the next few days.

The building was built from the period 2013 to 2015 by the Skopje company “Beton” which is owned by Mincho Jordanov. It was built on land in the centre of Skopje, which is owned by the party and where their old headquarters was located, which was known as the “Yellow House”. 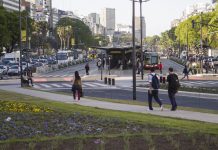 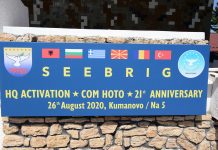