Meta.mk
MKD VMRO-DPMNE: New law on the SPO is the basis for building a... 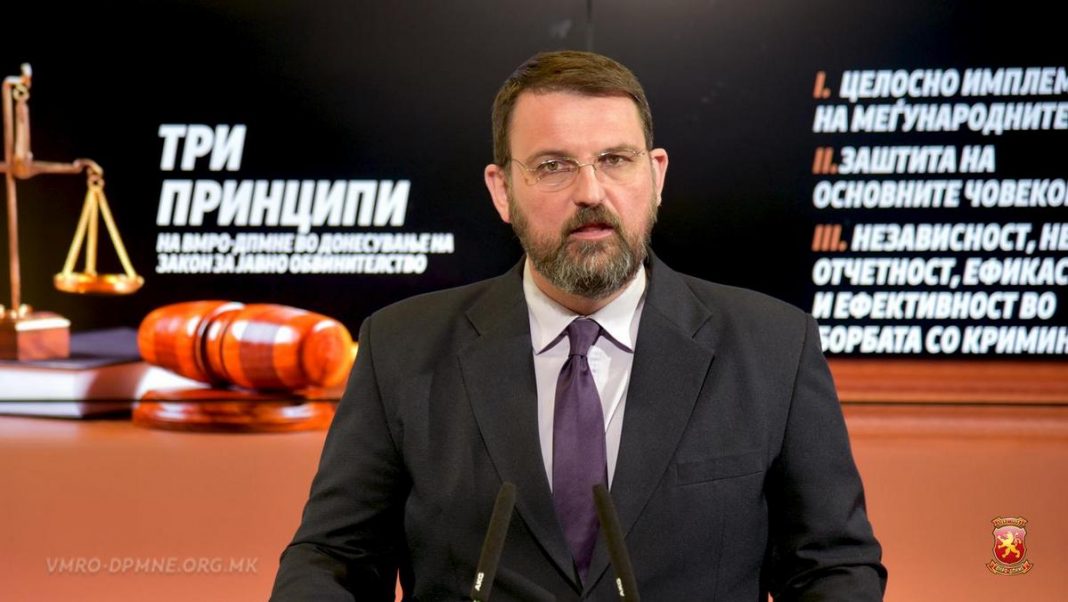 VMRO-DPMNE has sent their objections to the Ministry of Justice regarding the shortcomings of the draft text on the Law on Public Prosecution, translated into the three principles that contain the documents  we believe must be part of this new law, said today  VMRO-DPMNE spokesman, Naum Stoilkovski.

He added that the new law must be adopted by a consensus, it must be reformed and constitute the basis for building a law-abiding country.

“Zaev and Deskoska must not turn away from the fact that the Public Prosecutor’s Office should be in the position to protect citizens and preserve the legal order in the country, rather than being a servant to the executive government. The government must not be silent and ignore the argumentative proposals that will enable the fight against the corrupt and criminal actions of the government. The government must not run away from the fact that there should be accountability and respect for human rights, and not for public prosecutors to protect ministers and prime ministers and to conduct political purges on  orders of those in power,” Stoilkovski said.