The video is not new and does not show Russian paratroopers descending over Kharkiv. The video can be found on YouTube, published in 2018, as a recording of a military exercise in Vostok, and it can also be found on Facebook, shared on the page “Made in Russia” on September 18, 2016, writes Truthmeter.mk.

A video of allegedly thousands of Russian soldiers parachuting down over the Ukrainian city of Kharkiv has appeared on social media. The video became viral in a short time and was then republished by some of the Macedonian portals (link and link). According to the post, in addition to tanks, planes and helicopters, Russian troops parachuted into Ukrainian territory.

Our fact-check showed that it is a video that is at least 8 to 10 years old.

A miraculous video has appeared on the social network Twitter, which shows the sky over Ukraine being filled with parachutes, and at first glance, considering the shape of the parachute wings, the whole picture looks like a sea full of jellyfish, the articles reads.

The video from the Twitter user republished by portals in our country has been removed, but it can be viewed here. It also went viral on YouTube (link, link, link).

The video is not new and does not show Russian paratroopers descending over Kharkiv. The video can be found on YouTube, posted in 2018, as a recording of a military exercise in Vostok.

We found the same video on Facebook, shared by the Facebook page Made in Russia on September 18, 2016. According to the post, the video was filmed in 2014.

Given all of the above, we can conclude that the video, which is claimed to show thousands of Russian paratroopers landing over Kharkiv, has nothing to do with Russia’s attack on Ukraine that began on February 24, 2022. 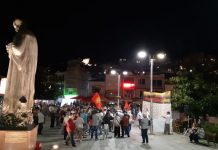 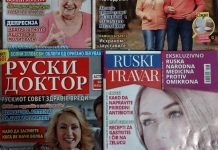