Three years after being covered by the Law on Free Access to Public Information, which made them holders of public information related to their financial operations, political parties are still not at a satisfactory level of transparency in terms of revenue and expenditure. However, it is considered a good start to increase their accountability to citizens, which is their obligation due to the increased share of public funding, writes Truthmeter.mk.

In 2019, a new Law on Free Access to Public Information was adopted. This law, for the first time, included political parties as holders of public information, thus making them legally obliged to submit information in an appropriate procedure and within a certain deadline, as well as state and local level institutions, health and educational institutions, courts and other bodies with public authority.

The introductory article of this Law stipulates that it regulates the conditions, manner and procedure for exercising the right to free access to public information available to political parties “in terms of revenues and expenditures”, i.e. in relation to their ongoing financial operations and extraordinary functioning during the election campaign.

Journalists are among the most frequent seekers of public information, and one of them who used the legal right to receive this type of information is the journalist in Prizma, Vlado Apostolov. His impression is that, as he says, the parties do not feel comfortable disclosing information about their finances.

Some of them find excuses not to respond to the requests for free access, others (the smaller ones) do not even understand what is required of them, they do not have the capacity to do so, and those who decide to answer will tell you how much money they took and how much they spent. But there is no proof of that, there are no documents or it is very difficult and they will give it to you after you beg, says Apostolov.

According to him, the parties read the law very restrictively, which says that they have an obligation to provide information on their revenues and expenditures.

They may or may not give you information – but it is very unlikely that they will give you a document proving how much money they received or paid. I do not even have to say how low the trust in the parties is, in fact, that is why this legal solution has been set, he said.

“We respond neatly and timely”

On the other hand, the parties assure that they fully respect the legal obligations and always act in a timely manner upon the requests in accordance with the Law on Public Information.

On our website, in addition to general information, information of public character is shared, with access and through a special window. Therefore, we receive less and less requests for public information, said the spokesman of the ruling SDSM Darko Kaevski, who added that so far they have acted in relation to all requests for the financial operations of the party.

Marija Miteva, the spokesperson for VMRO-DPMNE, who is also an official of the opposition party for mediation of public information, says that they consistently provide citizens with access to various services and information.

VMRO-DPMNE is working on the implementation of recommendations for measures and policies through which citizens will be able to realize their political expectations and demands. As a political party that aims to practice high standards of openness and transparency, we consistently respect the law and the deadlines that are set, says Miteva.

We tried to contact the largest Albanian parties, but the only answer we received was from the ruling DUI, whose longtime vice president Nevzat Bejta, who is also an official for mediating public information, said:

I forward all the requests to the competent departments in the party, the answers are prepared and I sign them. All questions are answered appropriately and timely.

We did not receive an answer from the ruling “Alternativa” and the opposition “Besa” and the “Alliance for Albanians.”

The Foundation Open Society, in cooperation with the International Republican Institute (IRI), conducted a survey entitled “Index of Transparency of Political Parties”, which actually measures how much the parties in the country proactively, independently and regularly publish information about their work on their websites.

The conclusions from this research are that the active transparency of the parties is “relatively low”, while the parties fail the most in publishing information arising from the Law on Free Access to Public Information.

According to Danče Danilovska-Bajdevska, Program Director at the Foundation Open Society, it is indisputable that the obligation to provide publicity and openness in terms of revenues and expenditures has generally increased the transparency of parties, compared to a decade ago, when parties were not holders of information in accordance with the Law on Free Access to Information. However, as she points out, that is not enough. 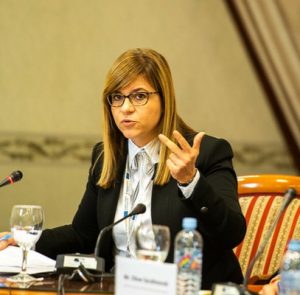 The changes in the legal framework for the financing of political parties have significantly increased the funding from the state treasury, hence the conclusion that political parties are still not at a satisfactory level of transparency in terms of revenues and expenditures, she said.

The “Transparency Index” showed that no information on access to public information on its websites was published by 13 parliamentary and non-parliamentary parties, including VMRO-DPMNE, DUI, Alliance for Albanians, Alternativa, Besa, LDP, Integra, Voice for Macedonia, Democrats, Serbian Party, PP, DPTM and TMRO.

Regarding the availability of a form – request for access to information or a complaint upon request, only DOM has published the necessary forms, while the SDU has a link leading to the Agency for Protection of the Right to Free Access to Public Information. Furthermore, Levica, DS and DOM have published a list of public information, and only at DOM the list is supplemented with links that link the data to the relevant document.

When all the parameters are taken into account, according to this research, the best-ranked party in this part is DOM with 11 out of 17 points, followed by Levica and SDU with 7 points each, SDSM and NSDP have 3 points each, DS, GROM, DPA, PODEM and SP each with 2 points. The others do not have a single point.

In the analysis, we recommend improving transparency by publishing all financial documents for their operations (financial statements, final accounts, reports and registers for donations) grouped by years and election cycles; audit reports; as well as publishing more data in open format, for example, the register of donations and the report of donations, says Danilovska-Bajdevska.

She adds that the availability of this information must not depend on the will of the political party, i.e. whether the financial reports for the regular and extraordinary or elective work of the parties will be available or not. Therefore, it is recommended by the State Audit Office or another competent institution to create a single database with all income and expenditure reports of political parties that can be searched by year, election cycle and political party.

Miša Popovikj, head of the Center for Good Governance at the Institute for Democracy – Societas Civilis, believes that the fact that political parties are covered by this Law is a good start for, as he says, increasing the accountability of political parties in the future.

In fact, what parties need to understand is that providing information about their work has the potential to improve the lost trust of citizens (voters) in them. Of course, transparency is not the only tool for gaining trust, but it is an important tool. At the same time, the obligation for transparency arises from the increased share of public funding of the parties, so the money from the taxpayers means the obligation of the parties to improve their work, including transparency, explains Popovikj.

He points out that the transparency of political parties in Europe is a relatively new thing, which is a little over 20 years old and arises precisely from the need to restore the lost trust of citizens. 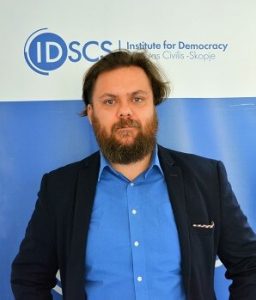 The good European examples are quite advanced compared to our system, so countries like Estonia, Latvia and the United Kingdom share very detailed information on finances, membership fees and donations on the one hand, and spending on the other. Thus, the global trend of sharing information that is ready for detailed analysis, the so-called machine-readable data that you can analyze immediately is already standard in these countries. This means that, for example, you as journalists can immediately download the information about all donations, combine them with the data from all parties and immediately be able to search other sources with those results, says Popovikj.

For comparison, he adds, in our country, most of the data provided by the parties are scanned documents, often written by hand, so those who analyze them first have a problem reading them, and then make them useful for analysis and verification.

However, it is not just a matter of presenting the data, but also the scope. In our country, the debate on which data is shared should be further expanded. In the UK, for example, if someone pays for a politician’s trip to a conference or a sporting event, the political party registers it as a donation. In our country, this is considered neither a donation nor a gift, but in meticulous countries this information is noticed because it can help in the future to control whether politicians will make decisions in favor of those who have provided some, even such intangible benefit. Another example is volunteering in an election campaign, which is an intangible donation, but neither the system nor the political parties are ready to show this in their reporting, says Popovikj.

No party is assessed with “excellent” or “very good”

According to the results of the “Transparency Index of Political Parties”, almost 43% of the parties in the country or 12 parties included in the sample scored between 24 and 0 points, which falls into the last category of parties with “unsatisfactory active transparency”. Almost 46% (13) scored between 48 and 25 points, which puts them in the category of parties with “satisfactory active transparency”. 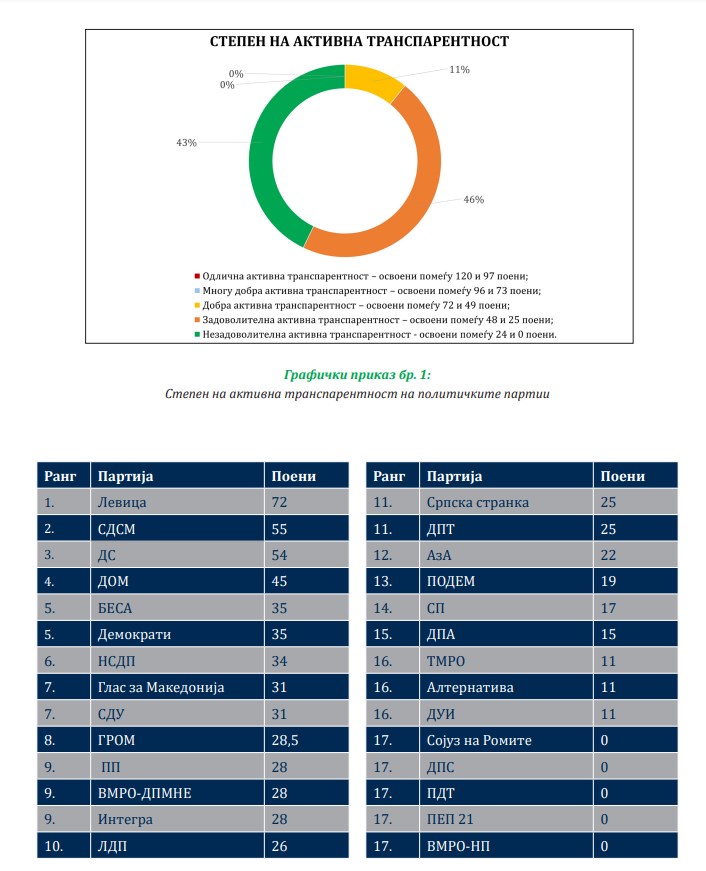 Only 10 percent (3) of the surveyed political parties scored between 72 and 49 points and thus entered the category of parties with “good active transparency”. None of them scored from 73 to the maximum 120 points, which would give them a rating of “very good” or “excellent” active transparency.

She adds that political parties are important actors in the democratic political system through which citizens realize their political expectations and demands.

Political parties that manage to receive sufficient support from the citizens, gain access to the management of institutions through which they participate in determining the strategic direction in which the country is moving. In addition, because the ruling parties perform important democratic functions (make decisions, create public policies and provide citizens with access to various services), political parties should practice high standards of openness and transparency, says Danilovska-Bajdevska.

The best result of the “Transparency Index” has the party Levica with 60 percent or 72 points, because the party has a well-designed website with much of the analyzed information. Immediately after Levica, SDSM is positioned with 55 points and DS with 54 points.