The first Prime Minister of an independent Macedonia, Ljudmil Kljusev’s son, Nikola Kljusev was arrested in the US on charges for “illegally distributing narcotics”, reported the “Fairfield Daily Voice.”

Kljusev lived in the United States working as a psychiatrist, was arrested, on November the 12th, accused for distributing narcotics outside of the scope of professional practice, such as large quantities of the drugs “aderal” and “zanax” (which are here known as “helex”) for which patients paid in cash.

Along with him, Dusan Bocotov was arrested under the same charges.

Kljusev was brought before a judge and was remanded in custody, while his employee Dusan Bocotov was released on a bail which was set at 200,000 dollars.

In the investigation, the authorities used protected witnesses and went as far to use an under-cover police officer posing as a patient. Patients claimed that Dy Kljusev was prescribing drugs without an examination, where they paid him in cash for the service. Allegedly, he had also even given permission to his employee Dusan Bocotov to write prescriptions during his absence using the cash for personal purposes, such as clothing, travel and repayment of outstanding loans.

The maximum penalty for this offence is 20 years. As well is this charge, Kljusev is also being tried for money laundering, which carries a maximum penalty of 10 years in prison.

According to information from the United States, Kljusev previously had been charged and fined $ 15,000 for sexual harassment, due to his alleged sexual actions with a patient.
He denies all charges and claims to be a “victim of cultural discrimination”.
Ljudomil Kljusev the son of Nikola Kljusev’s, an academic and who happened to be the first Prime Minister of the Republic of Macedonia. President Gjorge Ivanov welcomed Ljudomir Klujusev and awarded him the posthumous decoration of “September the 8th,” as his father before him had also been awarded for “tracing the path of an independent Macedonian State, fulfilling the will of the Macedonian citizens directly expressed in the referendum on independence on 8 September”. 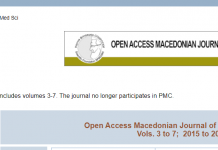