Meta.mk
MKD Palmer: Macedonia could become a NATO member by 2020 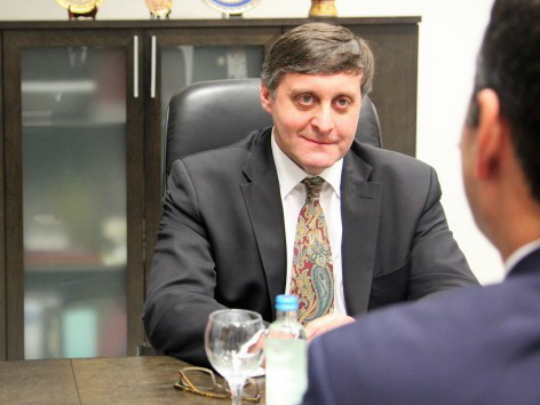 US Deputy Assistant Secretary of State for Europe and Eurasian Affairs, Matthew Palmer said in Sarajevo yesterday that Macedonia could join NATO by mid-2020 if it implemented the Prespa Agreement and therefore resolved the decades-long dispute with Greece.

According to him, Macedonia could become the 30th NATO member “as early as 18 months”.

The same message – the implementation of the Prespa Agreement, and then membership- but without specifying time-frames, was also stated by NATO Secretary General Jens Stoltenberg yesterday before a meeting of ministers from member states of the North Atlantic Alliance, held in Brussels.

Today’s agenda is the Western Balkans.

Palmer expressed concern regarding Russia’s, as he says, “strong influence” in the Western Balkan region, which includes “undermining the efforts of the Government and the institutions of Macedonia for EU and NATO integration”.

“It is not Russia’s decision to decide what Macedonia can or can not do with the way of its integration into European and Euro-Atlantic institutions. Efforts to undermine the expressed will of the Macedonia people are destabilizing and harming peace and security in the region,” added Palmer.