The results from the research conducted by Portalb.mk about the percentage of women rectors at state universities in North Macedonia are disappointing. Namely, out of 53 rectors at public universities, only 2 were women. The NGOs and the experts are alarmed about this issue, while the state bodies are trying to justify this.

Among the many rectors who were appointed to this position throughout the years, at the state universities, since their foundation until today, women were cast aside and have rarely occupied this position:

There were 12 rectors since 1979 and only one female occupied this position at the “St. Clement of Ohrid” – Bitola University

At the “Fadil Sulejmani” – Tetovo University, since 1994 there were 7 rectors, and no female occupied this position.

At the Southeastern Europe University (public-private) – Tetovo/Skopje, since 2001 there were 3 rectors and none of them was a female;

Since 2009 there were 4 rectors at the “St. Paul” -Ohrid University and none of them was a female

Since 2016, there were 2 rectors at Mother Theresa University and one of them was a female.

According to the Forum for Educational Change (FEC), the previously mentioned data are scandalous and one of the many failures in higher education system in North Macedonia.

“FEC considers the lack of a single female rector to be a part of a long list, out of thousands of pages, of failures. This is not because women should be appointed to this position only because they are women, but because of the very fact that regarding the structure of the educational and qualified personnel in our society, the percentage of women is greater compared to men. The data provided by the Forum for Educational Change state that 59.5% of the graduated students in the period between the years 2000 and 2020 are women, and also, the number of women who have defended their master thesis is bigger than those of men. 60.1% of magistrates in 2019 and 2020 were women and the same can be said for Ph.D. dissertations where 59.8% of the doctorates in the country are women. We stressed several times that the procedure for electing rectors at state universities in North Macedonia should be changed completely. Apart from gender discrimination we consider the process of electing rectors to be non-transparent, there is no real competition (with programs by candidates) and the inclusion of students in this procedure is basically nil,” stressed the Forum for Educational Change.

According to them, this is happening because of several reasons.

“Forum for Educational Change’s data states that the women in our country have all the necessary conditions for conducting the position of rector of public universities. Like many other public positions in North Macedonia, the position of university manager is taken over by men and therefore the custom when only two women were university rectors, at the Sts Cyril and Methodius and Clement of Ohrid universities, is causing women to hesitate to enter this “race” and this is discouraging to them. The data provided by credible institutions for measuring the quality of universities in North Macedonia are upsetting and alarm for urgent changes in the procedures for election of rectors, changes that the Forum for Educational Changes has previously requested several times.

On the other hand, the Gender Equality Now initiative state that the reality we are in is a bitter one since in North Macedonia more girls finish higher education than boys and they still remain unrepresented in such positions.

“If we concentrated only on education, what we notice is that the biggest number of women in this area are working in elementary schools especially in the lower cycle. We can notice a decrease in the number of women in higher classes in elementary education as well as in secondary schools and especially in universities where the number of women professors is significantly lowering. We consider there are very qualified professors who can take over the management of the highest educational institutions in the country and most probably then the situation at these universities will improve. This is because, unfortunately, their ranking at prestigious international lists is extremely weak,” said Gender Equality Now. 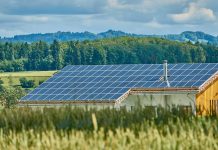