NGOs and civil society organizations today sent disclaimers and are demanding an apology from Cvetin Chilimanov and Nikola Srbov, who at the press conference for the movement “Stop Operation Soros” (SOS) accused them of “working against national and democratic interests of Macedonia through attempts to influence the early parliamentary elections.”

The organizations say that the information Chilimanov and Srbov presented is slanderous and is directed at all organizations that have been critical of the work of institutions in Macedonia.

The Association of Young European Federalists (JEF Macedonia) refuted SOS’s statement claiming that their organization was created to cause tensions in Macedonia.

“Our association was established even before the Republic of Macedonia declared its independence from Yugoslavia, to be precise, in spring, 1991. Its founders, among others, were Dimitar Mirchev, Nano Ruzin (its first president) and President Gjorge Ivanov. JEF Macedonia has existed for nearly 26 years and over the years (with some interruptions) has promoted European values and the idea of Macedonia integrating into the EU”, says the disclaimer by JEF Macedonia and have announced a lawsuit if they do not receive a public apology within seven days.

More reactions came from the Gevgelija Environmental Association “Patokazi”, who alerted the presence of arsenic in the drinking water in Gevgelija.

“The goal of our formation is to provide the basic human right to clean water and a general provision of civil and democratic rights in the local community,” reads the disclaimer, adding that the SOS movement are defending “the interests of irresponsible politicians from the centre of power, the people responsible for poisoning the people of Gevgelija with toxic water full of arsenic. ”

Also, NGO “Project EU” from Kavardaci reacted to the press conference by SOS, where Chilimanov said “Project EU is supposedly a non-government organization, and the de facto party headquarters of SDSM”, who had tried to make sure children would not study mathematics.

“It is a disgusting and monstrous lie that before the election, our association received three million denars to generate a crisis within the society, and that Project EU made sure children would not learn mathematics, which is a plain lie. The Association of Citizens Project EU from Kavadarci are quite conscious in what kind of propaganda game we have been pulled into”, reads the statement and went on to state that what SOS is doing is “disgusting propaganda”. 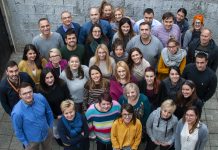 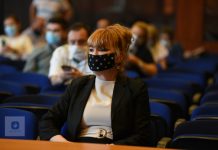