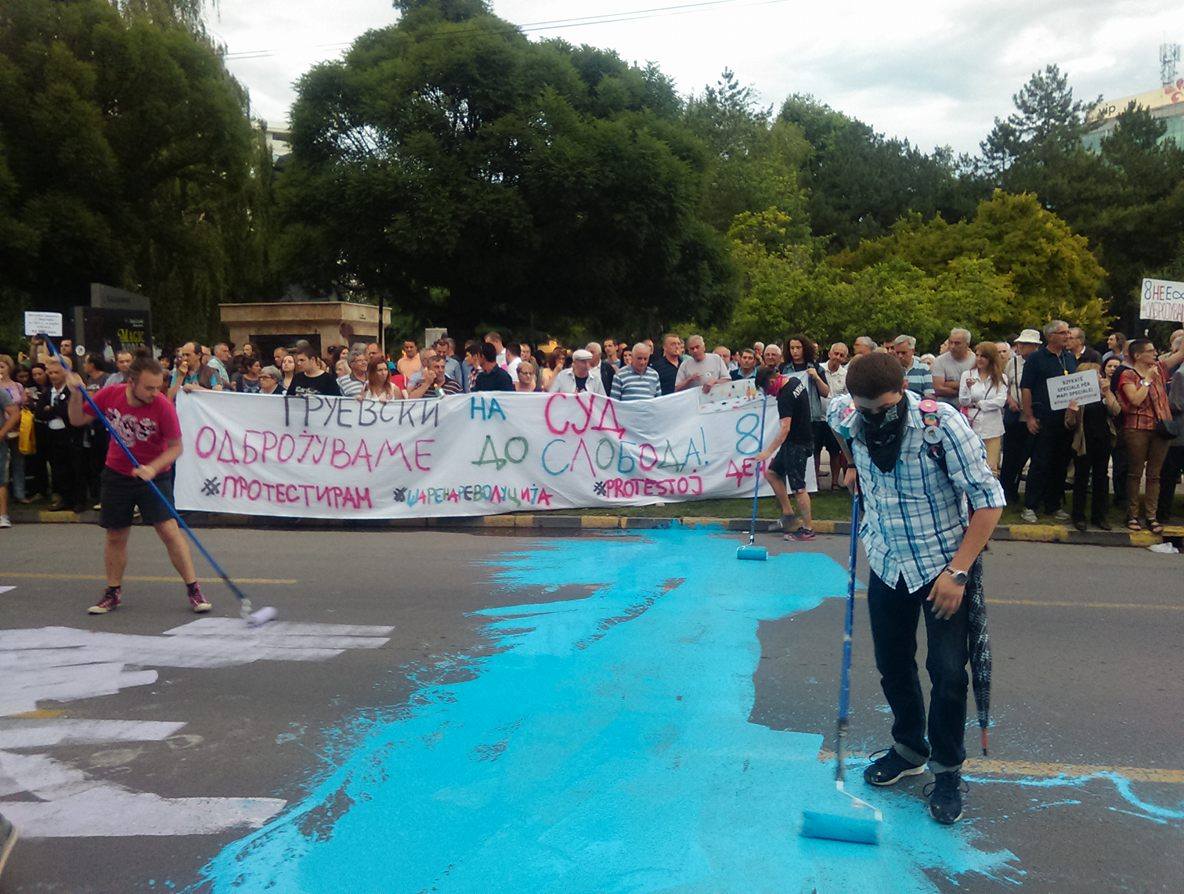 The whole street in front of Parliament was painted in the colours of the “Colourful Revolution”, as today’s protest was dedicated to Darko Markovik, the well-known author, cartoonist and satirist – Pecko.

At the protest, journalist Branko Geroski spoke, and asked everyone to hold a one minute silence in tribute to Darko Markovik – Pecko, after the one minute silence, out of respect it was met with a thundering applause.

“Darko Markovik was a rare intellect, and he knew that the real professionals express their criticism through skepticism, suspicion, and then faith. When I saw him last, two months ago, he told me he was sorry that he would not live long enough to see freedom in the country”, said Geroski.

Member of the Levica party, Mariglen Demiri expressed his happiness and delight at the court’s decision today, to lift house arrest restrictions on his fellow party members, Zdravko Saveski and Vladimir Kunovski.

“Without democracy, there can not be freedom, but without social rights, there is no democracy, love, freedom, and dreams. They destroyed our dreams. They divided us ethnically and with party affiliation. We have hit hard. Poverty is the worst form of fascism. This generation will never be played again”, said Demiri.

Protesters started their daily march from the Special Prosecutor’s Office and headed towards Parliament and coloured the facade with the help of a slingshot.
Outside the Parliament, in huge letters protesters wrote the number 8, to remind the authorities that they are counting the days until their deadline for their demands, and there is 8 more days until June 18.

US Embassy warning to employees: Avoid places where referendum protests are taking place