Meta.mk
MKD Manchevski: As we face with the damaging consequences of fake news we... 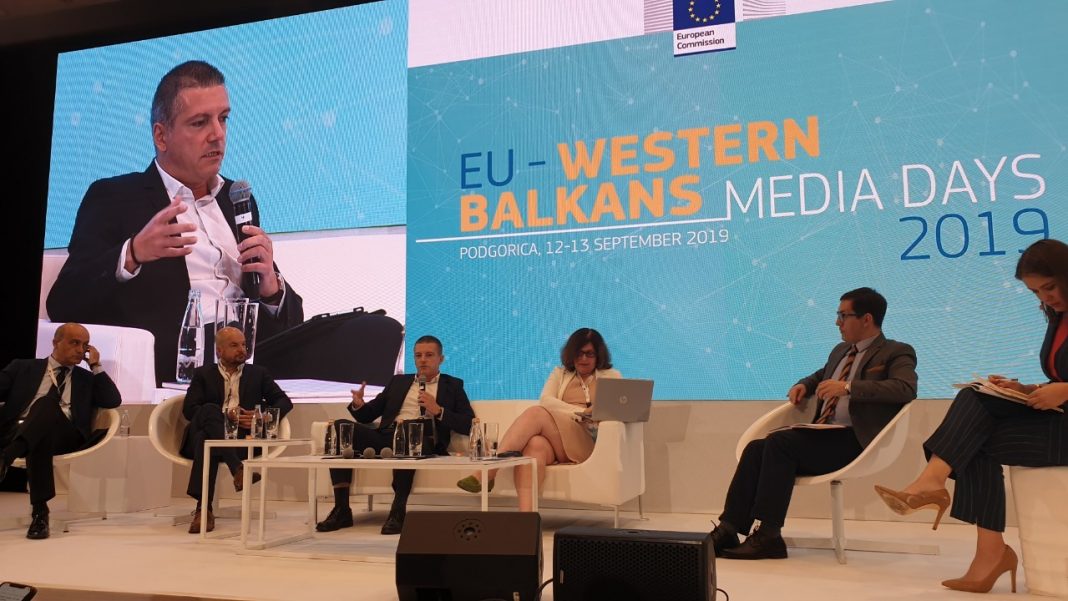 The Minister of Information Society and Administration, Damjan Manchevski, spoke at a panel session on the subject of “Politics and the Media” as part of the biggest media conference “EU – Western Balkans Media Days” in Podgorica.

He talked about the reforms, the new Law on Audio and Audio-Visual Media Services, including the challenge of facing with disinformation and fake news, and the concept of self-regulation.

“The journalists are the new freedom fighters and the protection mechanism, and we have to secure all of the necessary tools in order for them to fight this fight. Our role is to be included in the reforms, but the politicians aren’t the ones that suppose to fight this fight” stressed Manchevski when he was speaking about changes in the Law about AAVMS.

regarding the self-regulation, Manchevski has stressed that he believes in the concept itself, but that the results aren’t yet visible. According to him, when faced with the damage and the expanse of fake news, concrete measures for regulation also necessary.

“The experiences from the name referendum also confirmed that those that are on the opposite side of the truth and professional journalism, are organized and are causing irrevocable damage to democratic principles in our country” said Manchevski.

He was the only Western Balkans’ minister who accepted the invitation and took an active participation at the event.

VMRO-DPMNE: The government mustn’t be silent and it mustn’t hide details...