The Macedonian Ministry of Foreign Affairs (MFA) issued a press release as a reaction on the occasion of screening inappropriate election campaign videos in the Republic of Bulgaria, where explicit territorial claims toward Macedonia were expressed.

“In the attempts of increasing dialogue and strengthening trust, aimed at improving good-neighborly relations, the publishing of election videos that express territorial claims and one-sided feelings of belonging and appropriation to another neighboring country is not in the spirit of building friendship and respect for the European values to which we are jointly strongly committed,” said the press release by FAM.

The press release also states that it is expected from the officials of the Republic of Bulgaria to distance themselves and to condemn such behavior of one of the potential political participants in the highest house of Bulgaria.

Yesterday, the VMRO-BND party led by former Defense Minister Krasimir Karakachanov, in his party’s final electoral video, has clips of the Macedonian city of Ohrid used in the context that this party opts to defend the Bulgarian values.

At the last parliamentary elections in Bulgaria, this party didn’t manage to pass over the threshold necessary to win a single Parliament mandate. 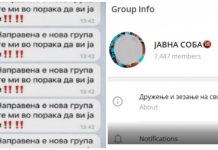 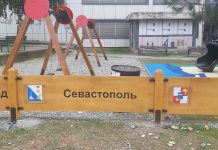 “Institutional silence” about name board for Ukrainian city of Sevastopol on Russian children playground in Skopje, North Macedonia