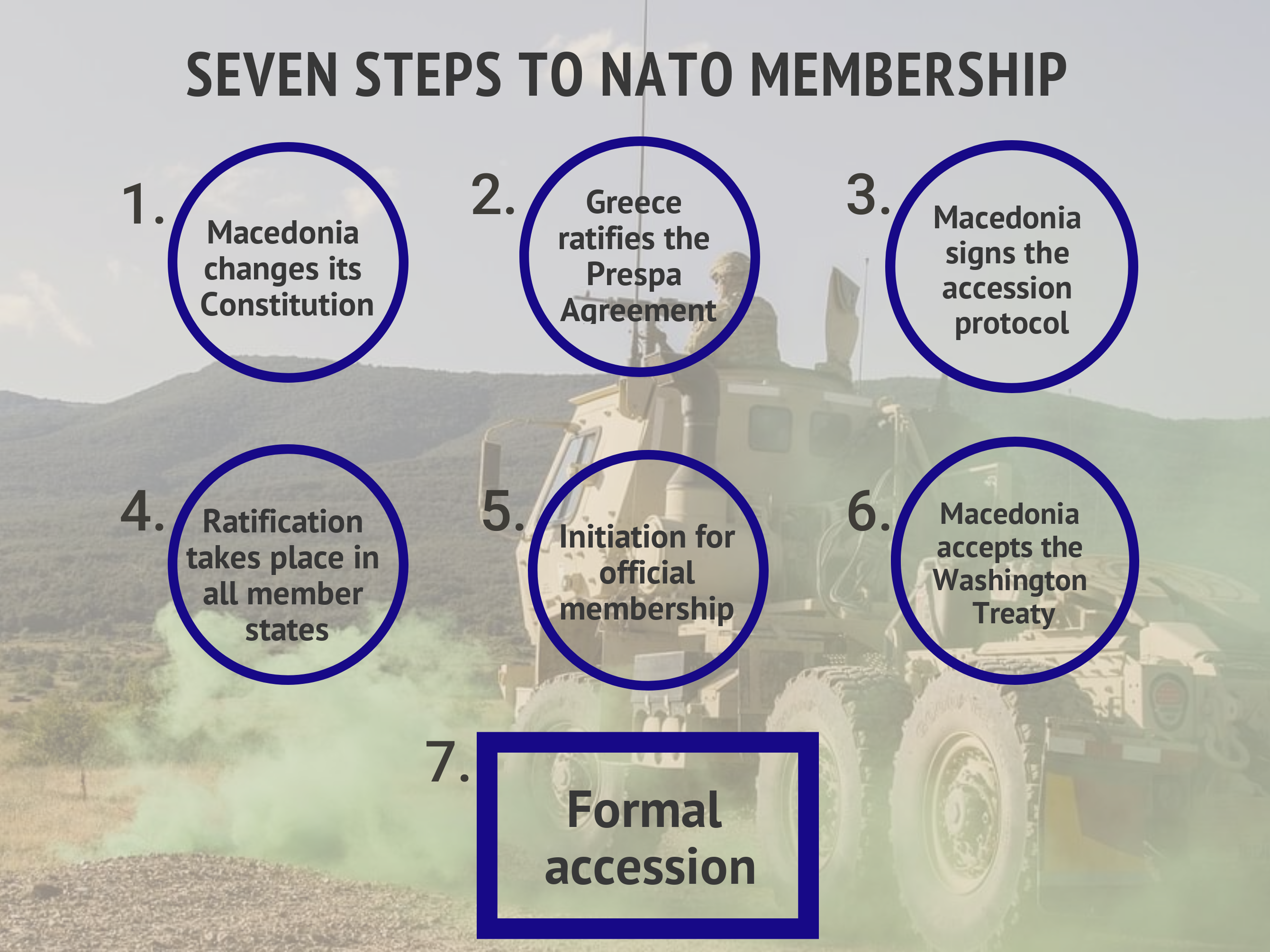 Formally, there are seven steps, however, two are essential for Macedonia to have full-fledged NATO membership. The process, according to statements, should finish by the end of the year.

The first step is the adoption of constitutional changes, that is, the formal implementation of the Prespa Agreement. The full implementation of the agreement between “Skopje-Athens” is also a formal condition in the invitation to Macedonia from NATO, in June last year, at the Brussels summit. The condition is based on Article 10 of the Washington Treaty, which established NATO, under which new members are only admitted by a unanimous decision by all members. In the case for Macedonia, the Prespa Agreement is a condition for consent from Greece.

The second step is for Greece to ratify the Prespa Agreement, in order to fully meet the requirement from the Brussels NATO Summit. After this, the procedure moves to the North Atlantic Treaty Alliance.

For the third step, NATO is preparing a Protocol to the Washington Treaty for the accession of the new member. This is actually an amendment to the original North Atlantic Treaty Agreement, concluded in 1949.

Immediately after that, the fourth step begins, which is the process of ratification for the protocol, where each of the 29 NATO members has to ratify the protocol according to national procedures. The process varies in each country. For example, the United States needs a two-thirds majority vote in the Senate to ratify the protocol. In Britain, however, no formal vote is needed in Parliament. The process is expected to be completed by the end of the year, and Greece has announced that it will be first to ratify the accession protocol.

While ratification is ongoing, Macedonia is permitted to participate on a certain level in the processes of the Alliance. For example, Macedonia can participate in all forums and meetings, but without voting rights. Or, as Macedonian officials say, “they will get a chair at the NATO table”.

The fifth step is the invitation to join NATO, which will be sent to Macedonia by the NATO Secretary General after all States have notified the United States; the depositor of the agreement, that they have ratified the protocol.

In the sixth step, Macedonia will have to formally accept NATO accession – by referendum or by voting in the Assembly. It then submits the accession decision to the US State Department, the “guardian” of the Washington Treaty, and officially becomes a NATO member. 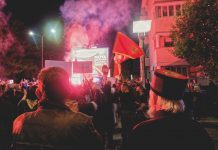 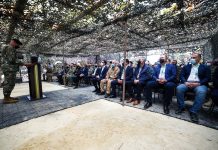