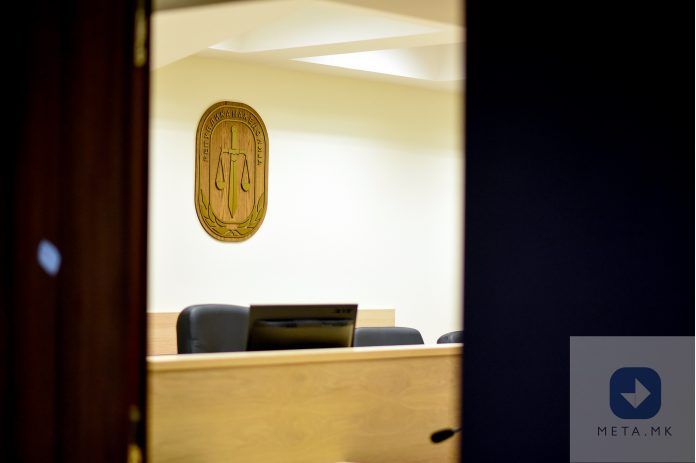 At the end of April, three journalists from North Macedonia – Nataša Stojanovska, Dušica Mrgja and Goran Trpenoski, victims of the violent storming of the Macedonian Parliament on 27 April 2017, filed a private lawsuit against the state for a violation of the right to freedom of expression and compensation for non-pecuniary damage.

The lawsuit was filed as a sign of dissatisfaction with the Basic Public Prosecutor’s Office in Skopje, which even three years after the journalists testified, did not file a single indictment against the perpetrators from the civic initiative “For United Macedonia.” These perpetrators on the critical day insulted and beat journalists that were reporting from the Assembly.

Medarski Law Office filed the lawsuit before the Civil Court in Skopje on behalf of the three journalists. The proceedings were initiated at the request of the Association of Journalists of Macedonia (AJM), as the law office agreed to offer legal assistance to the victims.

TV “24 Vesti” journalist Dusica Mrgja is outraged that state institutions have not punished the perpetrators who beat journalists.

“From the darkest day in Macedonian history, 27 April has become synonymous with political markets, scandalous amnesty and incomplete justice,” Mrgja said. She added that the state proved to have double standards for journalists, who, according to her, can take the credit for the fact that “Bloody Thursday” ended without victims, thanks to television crews risking their lives and reporting live at the time of the assault.

When she testified before the Public Prosecutor’s Office as a victim, witness and eyewitness, Mrgja hoped that the perpetrators would be brought to justice. However, time has shown the opposite.

“I expected that the state would repay me with justice. I thought the same thing when I appeared as a witness in court to testify, twice, but it was all in vain. My hand was still bandaged, the blows to my face and head were fading, but the flashbacks of all the bloodshed on 27 April remained quite vivid. They remain vivid and painful even after three years, especially because of the injustice I witness.”, states Mrgja.

According to her, the day itself – “Bloody Thursday”, the adrenaline, anger, helplessness and fear will never be forgotten. She remembers trying to contact the editor’s office because she had to take care of the safety of the entire journalist crew.

“As the madness gained momentum, the fear began to increase. I knew that the louder and more detailed I was on air, the better the chances of survival for everyone.” said Mrgja.
But the decision to go live made her more vulnerable because the perpetrators recognized her and began to insult and attack her.

“Traitor, Soros’s slut, Zaev’s servant, “[ethnic slur for Albanian] wh***” were just some of the insults addressed to me. They banged me against a wall. My arm hit the wall so hard, my shoulder still hurts. I also received a blow to the face. When I asked a member of the parliamentary security for help, he answered, “I can’t do anything.” The blood from the parliament corridors haunted me at night in my sleep.”, Mrgja complains.

She recalls the most tragic moment when Special Forces intervened with smoke bombs and she began to suffocate, and what is worse, the perpetrators did not allow her to leave the room.

“Then I thought – “This is it, I’m not coming out alive” while texting my family “I’m fine, don’t worry.”, said Mrgja.

TV “Telma” journalist Nataša Stojanovska also says that 27 April will forever be etched in her memory.

“Some of us were not only prevented from reporting, but my life and the lives of some of my colleagues were endangered, just as the lives of the politicians.” – said Stojanovska.

She claims that the scars are deep, and the memories of that dramatic day cannot be erased even after three years.

“I still feel the trauma today. That is why everyone who participated in that attack must be punished.” – Stojanovska insists.

According to her, the violent intrusion on 27 April 2017 was prompted by the fact that the perpetrators of the events of 24 December 2012 were not punished, when MPs and journalists were forcibly expelled from the plenary session of the Assembly.

“I do not even want to think about what can happen in the future if those responsible for this attack are not punished now.”- Stojanovska fears.

The Association of Journalists of Macedonia (AJM) also expressed dissatisfaction because the violence against journalists on the “Bloody Thursday” did not end with a legal solution. The Association is accusing the Public Prosecutor’s Office of having double standards in dealing with the events of 27 April. The perpetrators who attacked politicians have been sentenced to prison, but there is no legal procedure for the ones that attacked journalists.

“In conditions when there are double standards for journalists and when the state does not protect our colleagues, they are forced to seek justice through private lawsuits.” – AJM reacts.

With the legal aid provided by AJM for journalists to file private lawsuits, they want to encourage colleagues to raise their voices against attacks and pressure and thus send a message to the public and institutions that they will no longer remain silent. The Association also expects the lawsuits to increase pressure on institutions to punish perpetrators, thus preventing attacks on journalists in the future.

The News Agency “Meta.mk” contacted the Basic Public Prosecutor’s Office to obtain information about the results of the investigation into the case of the attacked journalists on 27 April 2017. We were asked to submit the question via email, which was done to the official email of the Prosecutor’s Office, but even after three days, we did not receive an answer. We have not received any confirmation that the question has been received, and we have not been notified how long we will have to wait for an answer.

After the violent intrusion in the Assembly, the MPs in December 2018 adopted the Amnesty Law, which acquitted the participants in the events of 27 April accused of participation in a mob, violence and terrorist threats.

The Amnesty Law did not acquit the 18 suspected organizers of the violence in the Assembly. In March 2019, 16 of them were sentenced to a total of 211 years in prison. Igor Durlovski, one of the leaders of the initiative “For a Common Macedonia”, received a verdict of acquittal, while the defendant Sašo Markovski is undergoing a separate procedure due to illness.

The Prosecutor’s Office for Organized Crime has opened a new investigation into the persons that ordered the attack on the Assembly on 27 April 2017, and the suspects are Nikola Gruevski, Trajko Veljanoski, Mile Janakieski, Spire Ristovski, Vladimir Atanasovski and Nikola Boškoski.

So far, no one has claimed responsibility for the violent expulsion of journalists by police security from the parliamentary gallery on 24 December 2012, when the Assembly was adopting the 2013 budget. Journalists then appealed to the Constitutional Court, which found no violation of journalists’ right to freedom of expression, after which they sought justice before the European Court of Human Rights in Strasbourg. Five years later, in May 2018, the European Court found a violation of Articles 6 and 10 of the European Convention and ordered North Macedonia to pay compensation to the appellants for non-pecuniary damage and to make the necessary changes in the legislation to eradicate similar incidents with journalists in the Assembly in the future.

Immediately after receiving the verdict, the government paid for the non-pecuniary damage to journalists, but the Assembly never acted on the second recommendation of the European Court and did not revise the legislation, which would prevent similar violations of the right to freedom of expression in the future. 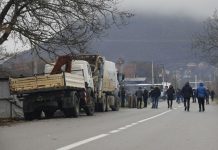