Meta.mk
Fact-checking it is still not known whether the EU will separate the integrations... 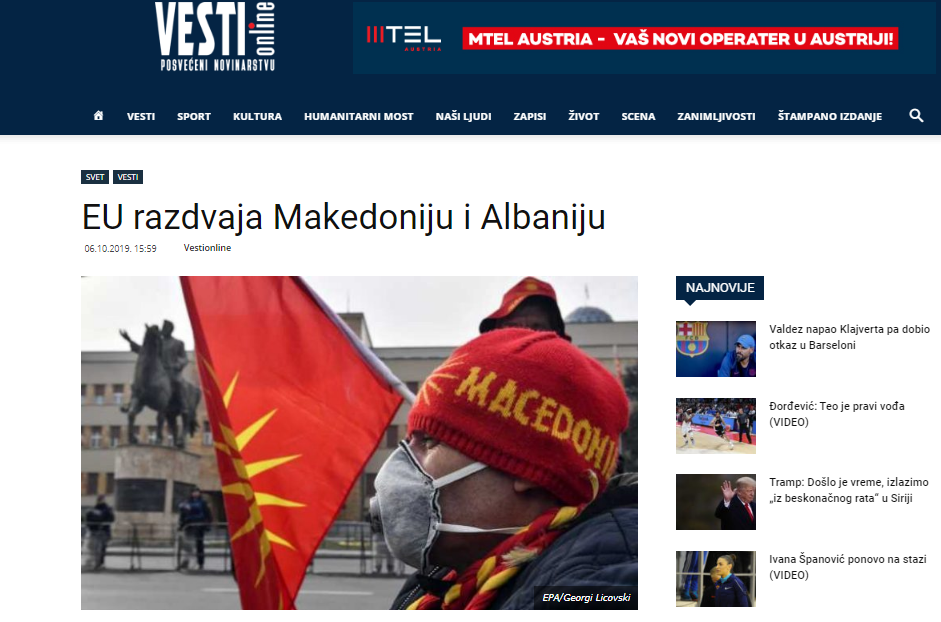 In a text published on Sunday (06.10.2019) the Serbian website “Vesti Online” through the text titled as “EU is splitting Macedonia and Albania” has passed on false information for the public. By writing this sort of title one gets the impression that Macedonia’s accession process for Macedonia and Albania into the EU has already been separated as if it is a done deal which is for now not true.

The article most correctly passes on the information by Royters agency according to which Germany proposes the separation of North Macedonia and Albania, in an effort to reach a compromise between all EU country members at the Summit scheduled for the 15th of October.

According to the plan that was presented to the ministers in the past week that should be discussed towards the middle of October, a compromise is possible among those trying to bring closer the Balkan countries to the EU and those that resist it like France, Netherlands and Denmark.

Roters reminds that Germany has voted for starting the negotiations with North Macedonia and Albania but with additional terms with Tirana.

In the draft conclusions at the Council of Ministers, it is proposed that NOrth Macedonia should start the negotiations before the end of this year, but Albania.

But, accidentally or on purpose, this information was framed with a wrong title that showcases a claim – as if a decision has been made. 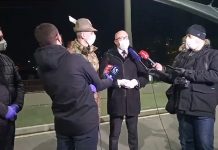 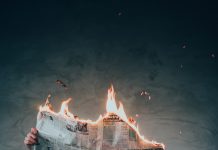