The interview with the Ambassador Rachel Galloway can be read below in its integral form:

Rachel Galloway: So, the main outcome of COP 26 was that over 200 countries have signed to the Glasgow Climate Pact, which commits us to keeping on track to not increasing global temperatures more than 1.5 degrees. The text itself of the pact is really very progressive and I think the most notable thing in it is that for the first time in 30 years of UN diplomacy on this issue, 200 countries have agreed that coal is the main problem and we need to take action together as world. We also saw number of really good sub-agreements on key issues from gender to youth engagements, to agriculture, forestation and really good commitments on finance and mitigation.

The Paris Climate Agreement was signed in April 2016 and the world leaders have made number of commitments. Five years later, what are the main goals at the COP-26 that you think are reiterated commitments, to be fully enacted in the future?

Rachel Galloway: One of the key elements that was agreed in Glasgow was that the Paris Rulebook was finally agreed and that actually puts in place the systems and processes that are needed to deliver the Paris commitment to 1.5 degrees. We also saw commitments on finance, mitigation and adaptation. On finance, it is really quite an exciting outcome, previously the world have committed to try to raise 100 billion dollars a year for developing countries to adapt to climate change, that commitment has now been lifted, with the aim from 2025 looking at 1 trillion dollars a year. We also have seen commitments come back next year at COP to look how countries are delivering that 2030 emissions targets and committing to do more to deliver them quicker and at more ambitions rates.

More than 100 world leaders have promised to end and reverse deforestation by 2030, in the COP-26 climate summit’s first major deal. What kind of activities must follow after the signing of this commitment by the world leaders?

Rachel Galloway: So, it’s a great commitment and is incredibly important. We have seen some of the risks to our forests, whether it’s from illegal logging, whether it’s from mass agriculture, or whether it’s from situations like here in North Macedonia, this summer and in the region, the devastating forest fires. So, we need to see actions at a local level and we need to see actions at a government level. That’s transparency and accountable strategies for maintaining the forests, it’s tackling the corruption and some of the illegal activities around logging and really corrupt behaviors we have seen in the past. There have been agreements before on forestation, but they never had the level of funding that this agreement has. We are looking at 19.2 billion dollars worldwide to tackle this problem for developing countries and I think that really will make a difference and we can hope to achieve over the coming years.

Rachel Galloway: So, first thing was – it was a really good announcement on 2 November by certain countries that they would sign up to this methane agreement, and the United Kingdom is very proud to be one of the first signatories. So, of the countries that signed up, it’s 50 % of the world’s methane emissions. So, that in itself is a huge commitment and should have a real impact, but there are countries that we also need to commit, we need to persuade them of the science about what the science is saying is right. We need to show them that actually through technological changes those countries have already signed up are able to make the changes without negative economic impact and where funding is needed, that it is available for adaptation.

North Macedonia experienced huge wildfires last summer, which has shown its need for substantial help from other countries, while five years ago the floods in Skopje killed 22 people. To what extent should such disasters be a wake-up call for the local authorities regarding the climate change we are facing?

Rachel Galloway: I think you are absolutely right, the tragedies that we have seen, forest fires here this summer, flooding in other parts of Europe, flooding here five years ago. These natural disasters are related to climate changes and I think they are coming home to people of the impact. I talked to, for example, the owners of wineries here, who are seeing the changing weather patterns and the impact on their produce. So, people are seeing a risk to life through natural disaster and a risk to their economic livelihoods. So, local authorities need to have really, really good resilience and crisis plans and actually we are working with a number of municipalities at the moment on a pilot project on preparing crisis resilience, having the strategies in place and the work that it’s need with governments authorities as well, so that we can respond quickly should such disasters continue to happen in the future.

The UK has unveiled its net zero strategy, which commits to driving down the carbon emissions and mitigating the global warming. Which of the measures presented by the United Kingdom do you think are crucial?

Rachel Galloway: We have committed to really ambitious strategy, you know, setting us on the way to net zero by 2050 we will be the first country in the world to actually legislate, so we said that we have to do this and we have to enforce it. There are some key points and targets along the way that we have to meet. So, we have to remove all fossil fuels by 2030, we have to use different vehicles by 2030, we have committed to getting gas boilers out of people’s houses by 2035. So, what we need really now is to put money into it and to actually make sure that there are budgets for each of the years going forward from now until 2035 actually allows us to implement the strategies, because the strategies are the right ones, but you just have to do it.

Although 132 countries at COP 26 have publicly pledged to reach net zero emissions before 2050, countries like China, India, Russia and Indonesia have postponed this commitment or have not given any zero commitments. Is there anything else that has to be done to convince these countries to stand by the other 132 countries?

Rachel Galloway: So, obviously that was disappointing, we would have hoped that all countries around the world would already put forward net zero commitments by now and there was agreement to come back next year and to look at everybody’s net zero commitments as another opportunity for countries to come forward and do so. But, we have made progress. All countries now accept that the climate is changing and there is also an acceptance of the science behind that now that the reason climate is changing is man-made. That’s new. We weren’t in that place a couple of years ago. We didn’t have that opinion from Russia, we weren’t seeing that position from China. So, that’s the first step – we accept the science. The next step is to proof to other countries that we can actually make the changes and continue to grow our economies successfully, that we can make new technologies work, that we can find alternates and effective sources of energy and that’s going to be on all of us to put the funding in the efforts and to show other countries that it’s worth making these changes.

At the end of last summer, North Macedonia also announced its Climate Action Strategy, with set of goals and obligations proposed by the country to mitigate the effects of global warming. What activities do you think that are crucial for North Macedonia and have to be fulfilled in the upcoming period in order to deal with the consequences of the climate change?

Rachel Galloway: So, I think, first of all, North Macedonia has come forward with a really ambitious set of commitments, but its underpin those with actual strategies how it’s going to deliver them with the climate strategy, with the energy strategy which we were very pleased to support the help of preparation the strategy and the implementation, because actually the country isn’t going to be able to change without moving to renewable sources of energy which don’t damage the environment. And that’s going to be very difficult, is going to need the financial support that we have already discussed. The other thing that North Macedonia is working on is 20-year national development strategy, which we have also been happy to support. And what that does is, it puts in place the building blocks across whole range of areas of work that needed actually to be really delivered on this ambitious plan.

North Macedonia has been having problems with air pollution, waste management, water and soil pollution. What experiences can we take from the UK as positive examples of environmental protection and implement them in the country?

Rachel Galloway: Obviously the UK has taken a number of measures over the last years, some of which are relevant just to the UK, but actually there is a lot which are relevant here. So, for example, in the last couple of weeks working with the UNDP we have opened new Skills Center in Tetovo and that’s working with Construction Scotland Innovation Center, training people up in new skills in the construction industry, so bringing together the Green Agenda, but also the positive economic agenda as well. In the past, we had a twinning project looking at how to do a waste management and looking at some of the techniques that we have used and now there are new waste management laws here in North Macedonia, which will hopefully enable North Macedonia to improve its waste management and take it into the 21st century. And also, the UK has over the last 10-20 years really developed our legislation in these areas and now working with the Ministry of Environment on how to improve legislation here, to both improve it and to make sure it’s implemented.

Rachel Galloway: So, one thing that always struck me since I have been here, in fact, there is a lot of people who are really committed and enthused on the environment, particularly young people who really have campaigned on it and looking for change. But actually, I have seen change in a few years since I have been here. One good example is “Cleared it up!” project run by the Institute of Communication Studies, so that brought together academics, civil society organizations, media, working on environmental campaigns, so that increased cooperation grade, but actually changed the behavior of the institutions. The Ministry of Economy took on “Cleared it up!” recommendations for the mineral resources law which is now in draft in Parliament, the Ministry of Environment took on “Cleared it up!” recommendations for management of water resources. So what we have seen there is all different parts of society coming together and actually bringing about change, so it’s not just positive and environmental impact, but is actually positive good governance impact as well and I think is that sort of activity and that behavior which is actually going to gain all countries, including North Macedonia, to be able to build a sustainable green future. 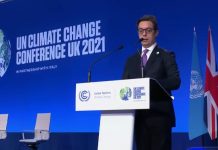 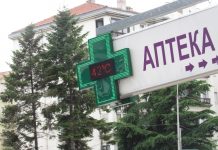