Meta.mk
MKD I will not vote for constitutional changes, says Gruevski after decision from... 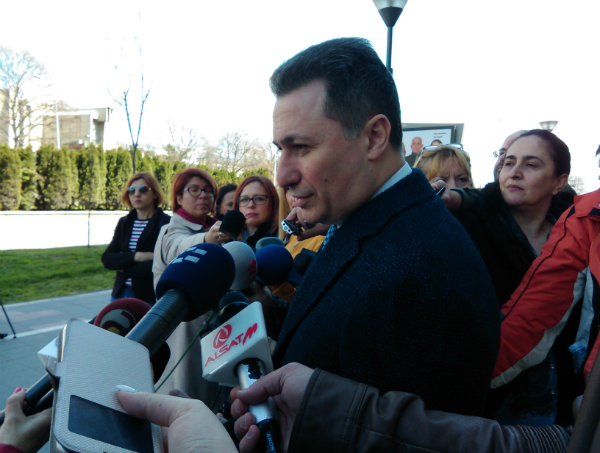 The prison sentence is political persecution, said former Prime Minister Nikola Gruevski after the announcement of the decision by the Appellate Court to uphold the two-year prison sentence for the SPO’s “Tank” case (the purchase of Mercedes of 600,000 euros).

“This is classic political persecution. I will use all legal avenues available to me. There is no need for new evidence here because there is already much evidence in this case. According to the indictment, I am being charged with influencing the purchase of a vehicle which myself and others were meant to use,” said Gruevski.

Answering a journalist’s question regarding the current situation that requires parliamentary votes from the opposition for constitutional amendments to be made, Gruevski said that no amnesty will be offered as trade for votes.

“I will not vote for the constitutional changes and I will not support them. I do not intend to betray the people,” said Gruevski.

Gruevski heard the verdict from the appeal in the courtroom while listening to the bombs in the “Titanic” case.