SDSM is scared of the public’s judgement and VMRO-DPMNE’s MPs, and that it is keen to start with the vote for the new government and it wants to pass through unnoticedly in the Parliament, said VMRo-DPMNE’s president, Nikola Gruevski, during his visit to the unfinished new building of the Holding company for building and managing with housing and business estate of importance for the Republic of Macedonia.

He said that “it was evident with the selection that It was made to satisfy certain people and not to select the best personnel that can solve the citizens’ problems.”

-Now these people that have lost at the elections, to whom the people didn’t give their trust to, they shall be ministers and shall create the future steps for the Republic of Macedonia- said VMRO-DPMNE’s party leader. 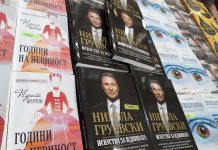 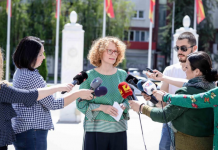