Meta.mk
Economy Government and Soros are open for collaborations that would contribute to the... 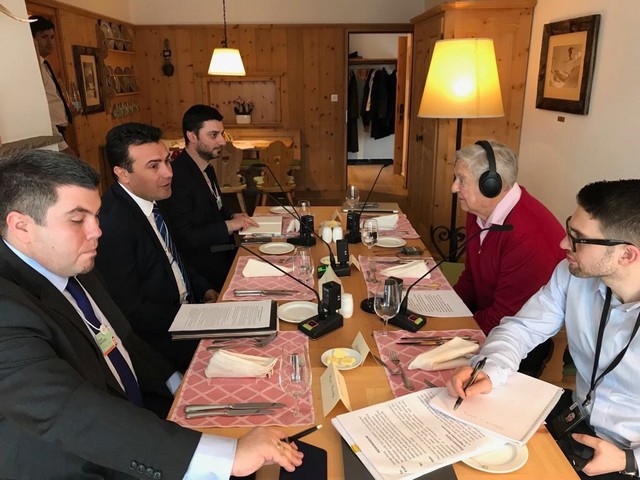 Prime Minister Zoran Zaev has met today with the philanthropist and billionaire George Soros, the founder of the Open Society Foundation (OSF) and with Alexander Soros, the Deputy President of OSF’s Global Witness.

At the meeting, it was stressed that Macedonia shares and promotes the values of democracy, protection of human rights, the rule of law and the open society, including values that are promoted by OSF.

“The Open Society concept that is equall for everyone remains the pillar upon which the new face of Republic of Macedonia is going to be built, along with the democratic reforms for the membership into EU and NATO, and the economic measures that are taken by the Government” was stressed at the meeting with Soros.

The press release also stated that the Government and George Soros will remain open to collaborating on the plan for the development of the country’s democratic capacities including the possibilities for new businesses and direct investments.