The viewers of “Macedonian Radio Television” (MRT) can soon be left without European sports championships, without the “Eurovision” song contest, foreign channels, foreign documentaries and feature films due to an outstanding debt towards the European Broadcasting Union (EBU). A source within MRT’s Program Council, who wished to remain anonymous, has revealed that the deb is over 500.000 euros. By the end of 2016, MRT has had income in the amount of 19, 3 million of euros, and the total debt to domestic and foreign trustees, which has accrued over the years was 21, 8 million of euros. While the trustees aren’t creating a fuss, for now, EBU plans to impose sanctions on MRT.

MRT has a debt because of which it is facing with sanctions of the third degree, confirms Claire Rainford, EBU’s Senior Communications Officer.

-Unfortunately, the Macedonian Radio-television has no longer access to our services until it pays off its debt – said Rainford, who didn’t reveal the sum that the national broadcasting service owes.

Our interlocutor from MRT’s Program Council says that this scenario would be catastrophic since the television will not be able to broadcast the program of any of EBU’s members, or sports matches, films, foreign shows, cartoons, or documentaries.

MRT’s General Manager, Marjan Cvetkovski, didn’t provide an answer as to why the television is in such debt.

A while ago, the broadcasting fee was canceled, and the government decided that the MRT will be funded from the state budget. 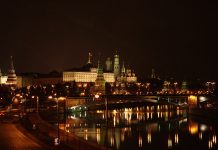